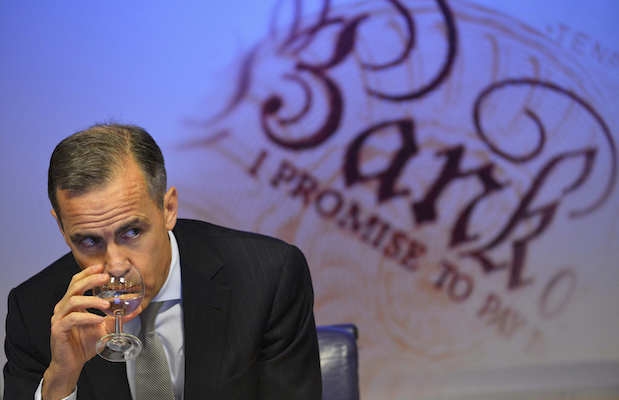 UK markets continue to believe that interest rates will rise in mid-2015 despite dovish noises from the Monetary policy Committee MPC, according to Capital Economics.

MPC members have repeatedly tried to signal that if unemployment falls to seven per cent this will not automatically trigger a rise in interest rates.

Overnight index swap (OIS) rates suggest that investors expect the Bank to raise rates in mid-2015. Capital Economics note that the spread between 2-year OIS rates and overnight interest rates is still much smaller than one would have expected given its past relationship with GDP growth.

Gilt yields have tracked US Treasury yields higher over the last month as investors anticipate the Fed's forthcoming tapering. Over the past month both real yields and break-even rates have risen. Capital Economics attribute to improving GDP growth.

Although corporate bond issuance was positive in October, cumulative issuance over the year is still behind that seen at the same point in 2012. Corporate bonds have risen since then, while government bonds have remained steady.

Looking to the future firms may be increasingly attracted to borrow from banks rather than the bond market.

UK equities fell over the last month, underperforming those overseas. However, recent good news on the UK economy appears to be providing some support for equities.

Over the past month, the sterling trade-weighted index climbed to its highest point since August 2009. The appreciation in sterling is largely due to markets lowering their expectations for US and Eurozone interest rates by more than they have for UK.

The pound also rose following the release of the second estimate if third quarter GDP growth. Capital Economics speculate that "given the extent of optimism about the UK’s relative growth prospects, sterling might have been higher without the MPC’s guidance."