Market economy status for China is a disaster for Europe 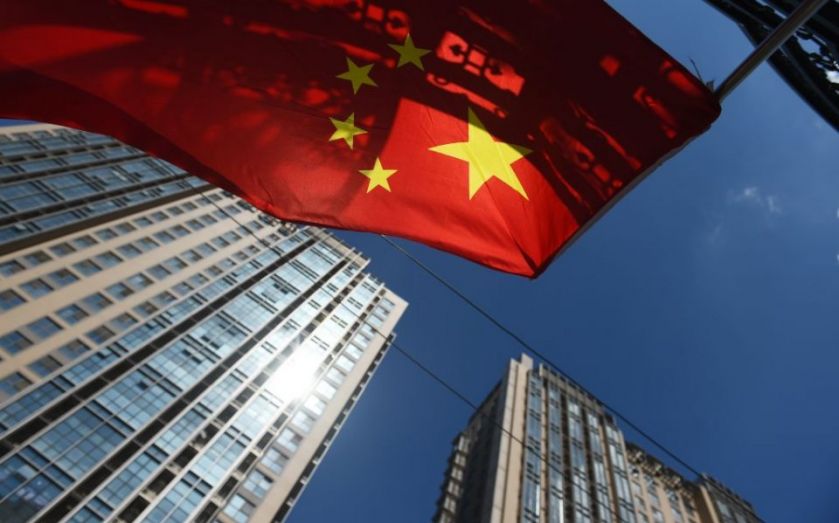 What is a market economy? A system in which free trade and enterprise are encouraged to thrive, or one that is closely controlled by a powerful central government, repeatedly guilty of anti-competitive conduct and hostile towards new entrants.
That is the question facing Brussels policy-makers, who are currently deciding whether to recognise China as a “market economy” – a decision I believe could be a disaster for the EU, costing upwards of 3.5m jobs and hitting GDP growth across the region by €228bn a year.
The seeds of this ticking time bomb were sown back in 2001, when China joined the World Trade Organisation (WTO) following 15 years of talks. China’s admission to the WTO, which governs global trade rules, came with a crucial clause that handed existing members – including those in the EU and the US – the right to “ignore Chinese prices and costs in anti-dumping cases and instead calculate dumping margins using external benchmarks”.
Read more: What’s eating key global currencies?
Anti-dumping is a protectionist tariff a government imposes on foreign imports, if it thinks that they’re priced below normal market value. This effectively meant the US and Europe could place much higher duties on imports from China in anti-dumping cases than if China was treated as a market economy.
However, Chinese officials now argue that the provisions of their original agreement means that all member governments must grant China market economy status (MES) automatically on 11 December 2016. If this happens, then Europe’s fragile economic recovery could be set back years.
Research I have undertaken for the Economic Policy Institute shows that if the EU decides to give away MES to China, then between 1.7m and 3.5m jobs would be put at risk by allowing Chinese companies to undercut domestic production by flooding the EU with cheap goods.
In addition, more than 2m direct jobs in highly import-sensitive manufacturing industries could be at risk, due to surges of imports in specific industries such as paper, ceramics, steel, motor vehicle parts.
So why are we on the verge of this economic catastrophe? It is because China maintained extensive controls over the economy through 71 detailed five-year plans and 22 national industrial-sector plans, faithfully implemented by provincial and local governments.
Read more: Is George Osborne right to prioritise close relations with China?
Currency manipulation by China has also acted as a subsidy to its exports to the EU and other countries, as well as a tax on EU exports to China, and to all other countries where EU products compete with those from China.
These subsidies and support policies, plus the rapid growth of planned investments in “leading and pillar” industries in China’s five-year development plans, have led to sustained overproduction and substantial excess capacity throughout the Chinese manufacturing industries.
Even without MES, China has been able to dramatically increase exports to Europe by a remarkable 11.1 per cent annual rate over the past 15 years, rising from €74.6bn in value in 2000 to €359.6bn in 2015. Quite simply, if the EU decides to grant MES to China, imports from it would increase at least by between 25 and 50 per cent over the next three to five years.
Declining demand for domestic manufactured goods in the EU due to surging imports could also have a depressing effect on business investment in manufacturing. I advise the EU to consider the hundreds of billions of euros of output and millions of jobs that would be at risk before unilaterally offering MES to China.
But how likely is this all? Although some EU officials are believed to be leaning in favour of granting MES to China, prominent analysts and trade lawyers disagree whether the provisions of China’s WTO accession agreement require other WTO members to grant MES to China next year.
According to AEGIS Europe, an industry alliance that promotes manufacturing, investment, employment, growth and innovation in Europe, a decision to grant China MES can only be made if China meets five specified EU criteria that determine what a market economy is.
The two most important of these are: does the government influence the operative decisions of firms or are they made in response to market signals? And does the legacy of the command economy, in terms of public ownership, barter trade and so on, affect firms’ operations?
Both the US Department of Commerce and the EU Commission have found, during the course of anti-dumping investigations, that firms in China do not operate under market economy conditions and that China as a whole does not meet the technical criteria for MES.
Even worse, China is not meeting obligations under its WTO Accession Protocol to take steps that would turn China into a market economy – in particular, its obligation to allow nearly all prices to be determined by the market.
It is in China’s own, long-term interest to take the hard steps necessary to become a true market economy. However, Chinese President Xi and the current generation of leaders are stuck in the past, and too dependent on the old model of export-led growth to rescue China from its deep economic troubles.
The EU needs keep up the external pressure on China to reform by maintaining the current system of treating China as a non-market economy.