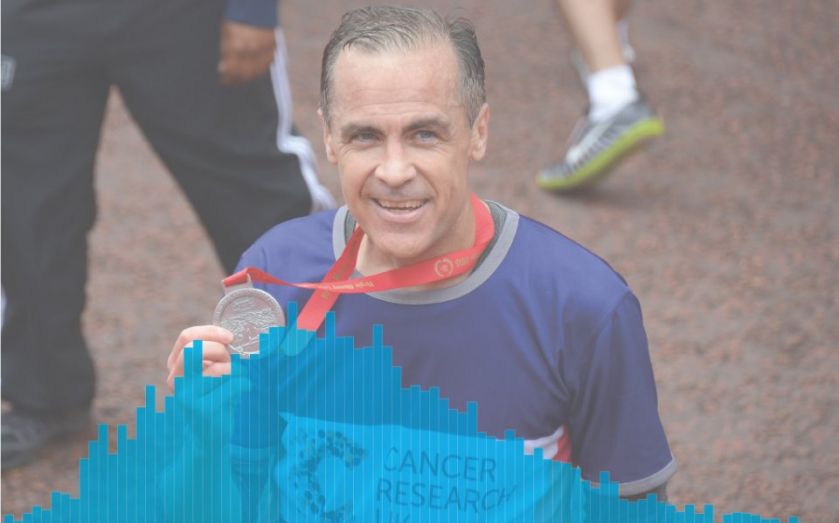 The Bank of England’s 50-year-old governor produced a mercurial run, beating Jenkins, the 53-year old Barclays chief executive, by an hour and a half.

Paula Radcliffe, the fastest female marathon runner in history, was the quickest non-elite woman, with a time of 02:36:55 – just four seconds slower than the slowest elite woman.

Jenson Button of F1 fame also completed the race, recording a time of 02:52:30 – about 1hr 14 minutes faster than the average for his age group. He also posted his run on the social network Strava.

Interestingly, the fastest age group was not the youngest band (18-39). For both men and women the quickest times were in the 40-44 age group: probably a result of greater training discipline.

The infographic below shows the split of times both by gender and by age group. The column charts show how many finishers gain each particular time (rounded to the nearest minute), while the scatter graphs show the distribution of times across age groups.