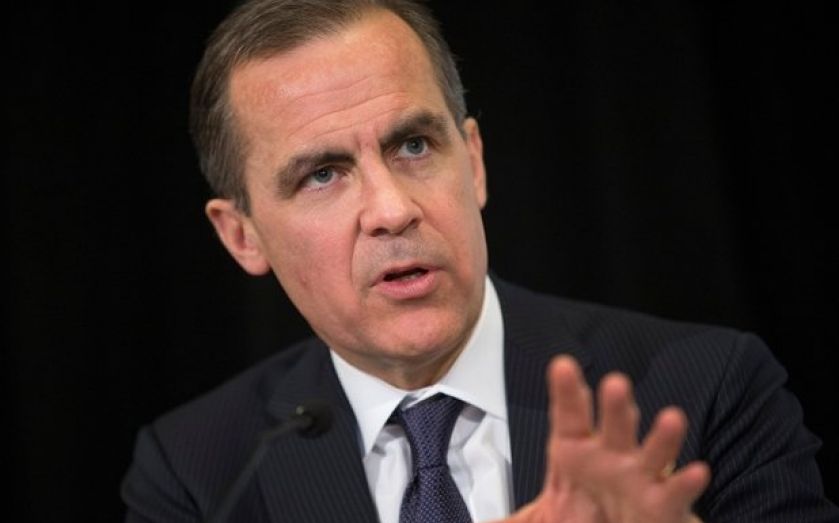 THERE is a wind of change blowing through the Bank of England with new governor Mark Carney at the helm.

Under his two predecessors – Eddie George and Mervyn King – the Monetary Policy Committee (MPC) was always very reluctant to make commitments about its future policy. The view was that the Committee would reassess the prospects for the economy at each monthly meeting, and reach its best judgement about how to change policy – or not – on the evidence on a month-by-month basis.

The approach announced yesterday by Mark Carney was very different. He has now committed the MPC to keeping the Bank’s official interest rate at the exceptionally low level of 0.5 per cent, unless the unemployment rate falls below 7 per cent. That is not far below the current rate of 7.8 per cent.

But the MPC’s latest forecasts suggest that unemployment will not fall below the 7 per cent threshold until at least 2016. So the policy appears to suggest that the Bank is expecting to keep interest rates on hold for the next two to three years.

This is not the cast-iron guarantee of low interest rates it might first appear. The economy is currently picking up,  so unemployment could fall faster than the Bank is forecasting. Mark Carney’s statement also set out other circumstances in which the policy might be reviewed: if inflation was not expected to return sufficiently close to the 2 per cent target, if inflation expectations were rising, or if the stability of the financial system seemed to be threatened.

But the purpose of issuing such forward guidance is to encourage firms and households to believe that interest rates will remain low for an extended period. If they act on this belief by expanding borrowing and spending, the MPC anticipates this could reinforce the recovery which now appears to be gathering momentum.

There are two main risks attached to this approach of committing to keep interest rates low for a prolonged period. First, it could turn out to be a false promise. While the Bank’s forecasts currently suggest that unemployment and inflation will not trigger a reassessment of the low interest rate policy, these projections have not been very accurate in the past.

Second, if the MPC keeps the official interest rate at the exceptionally low level of 0.5 per cent until 2016, this would represent a seven-year long period of very low interest rates. The risk attached to this strategy is that official rates could need to rise quite rapidly after this – delivering a big shock to consumers and firms that had based their decisions on a prolonged period of very low rates. The policy of keeping rates on hold for a extended period close to the zero lower bound would then result in the sort of interest rate shock which the MPC is currently trying to avoid.

The MPC is clearly hoping that this scenario will not emerge, and that the Committee can plan a gradual return to more normal interest rates – perhaps starting in 2015 or 2016. But that cannot be guaranteed.

In the 1980s and 1990s, when interest rate rises were delayed, they often had to rise more rapidly later to catch up on lost ground. This was also the experience in the US, when rate increases were delayed after the downturn in the early 2000s. The Federal Reserve found itself raising the official interest rate from 1 per cent in the summer of 2004 to 5.25 per cent in the summer of 2006. This was one of the triggers for the housing market crash which precipitated the sub-prime mortgage crisis.

An alternative strategy could have been to recognise that interest rates would need to rise over the next two to three years as the recovery progressed, but to commit to making this change gradually and slowly, so that businesses and individuals could plan and adjust. This is the exit strategy I would favour, though the MPC appears to have rejected this gradualist approach for now.

By committing to keep rates low, subject to a number of economic conditions, the MPC has delayed consideration of its exit strategy for now. The worry is that there could be a more painful shock to the economy when the time eventually does come to raise interest rates.

Andrew Sentance is senior economic adviser at PwC and former member of the Monetary Policy Committee.