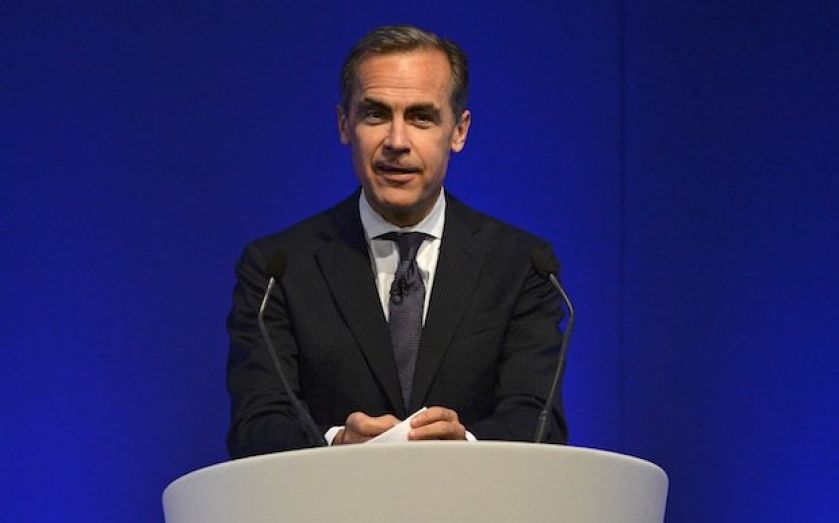 NAPOLEON said that he wanted lucky generals. He would have made Bank of England governor Mark Carney, who will reach 100 days in office this week, Field Marshall. Since July, UK economic data has been exceptionally good.

The economy probably expanded 1 per cent in the third quarter, likely the fastest rate in the developed world. Business confidence is very good; consumer confidence is at its highest since 2007. Unemployment is beginning to fall again. Sterling has risen from $1.49 on 9 July to $1.61 yesterday, and the FTSE 100 is up from 6,300 to 6,400 since 1 July.

On the downside, inflation at 2.7 per cent continues to be above the Bank’s target, as it has been for almost three years, with little sign Carney is serious about bringing it down soon. Financial markets price in inflation of 3.1 per cent over the next ten years, up slightly since Carney arrived. Partly as a consequence of this, the cost of servicing government debt has risen, with 10-year rates up from 2.4 per cent to 2.7 per cent since Mr Carney’s arrival.

Has Carney had a big influence on monetary policy so far? Not much, according to the markets. Policy has not moved in terms of rates or asset purchases. What we have is the advent of “forward guidance,” with the Bank undertaking not to raise rates at least until the unemployment rate falls below 7 per cent, subject to a number of “knock-out” clauses.

Such guidance is supposed to lower market expectations of future interest rates. It has failed. Why? First, the unemployment rate threshold is too close to the current rate, so the market sees a good chance of rates rising at least a year before the Bank has hinted they might. Secondly, talk is cheap. The US Federal Reserve and Bank of Japan have had more success, because they have reinforced words with actions. Thirdly, the economy has been stronger than the Bank expected. And finally, there is a suspicion in the market that Carney’s fellow Monetary Policy Committee members could be less dovish than the governor himself.

While the bond market may not have heeded Carney’s words that rates will stay low for long, others have been more impressed – especially housebuyers. With Funding for Lending and Help to Buy boosting housing demand when supply is tight, house prices are moving up – clearly one of the factors behind better consumer confidence.

But there are concerns of excessive house price valuations. These may not be a sufficient prudential problem to force the Bank to act, but when rates rise, as they will eventually, too many people will realise they paid too much for their houses. This economic problem will probably not hit until after the next election, and maybe after Carney has moved on. There are echoes in the UK of Carney’s performance in Canada that earned him “rock star” billing among central bankers.

There, he undoubtedly supported activity after the global financial crisis, though there are lingering concerns that he fed imbalances in housing and consumption. Those doubts have not yet crystallised, and he may be betting his luck will hold in the UK, too. We all hope so.