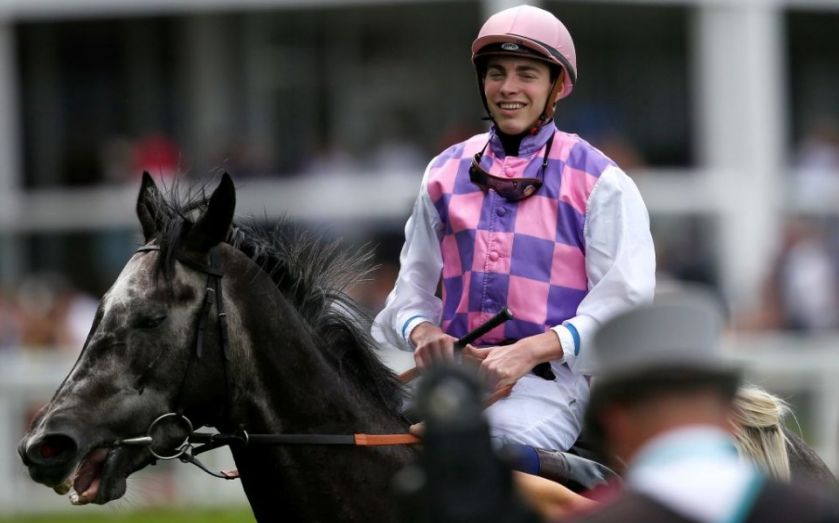 A field of nine fillies tackle Newmarket's 'Bunbury Mile' for this afternoon’s Falmouth Stakes (3.15pm), and it's recent Royal Ascot winner Amazing Maria that jumps out as the value bet.
Read more: Astaire may be able to blitz July Cup rivals
The grey daughter of Mastercraftsman was a pretty smart two-year-old when handled by trainer Ed Dunlop.  But she then failed to show any of her juvenile form last season with two below par performances.
A switch to miracle-worker David O’Meara has seen her gradually rekindle some of her old zest and she looked as good as ever in the Duke Of Cambridge Stakes last time.
She is likely to encounter very similar fast conditions this afternoon and there is no reason she cannot step up again, rewarding those who take the 10/1 on offer with Betway.
Quick ground is my main concern for the pair of French fillies, Bawina and Avenir Certain, who have so far shown all their best form on a softer surface, while it is also a worry for Integral as well.
Sir Michael Stoute's filly won this race on ground described as good to soft last year and was excused her under-par performance at Ascot due to lightning fast ground. She looks worth taking on at around the 4/1 mark.
Another who didn't put in her best performance at Europe's premier Flat meeting was the Jim Bolger-trained Lucida.
In fairness, the filly was a close third in the Coronation Stakes. But she didn’t look straightforward and is short enough for one that may trade far bigger on the exchanges in-play.
Easton Angel makes her fourth appearance in the Duchess Of Cambridge Stakes (2.40pm) and can step up from a great run at Royal Ascot.
Al-Shaqab were only part-repaid their half share after the filly's fine second to the impressive Acapulco in the Queen Mary Stakes, but will be expecting further returns this afternoon.
She should relish the step up in trip in what looks to be a mouth-watering clash between her and Richard Hannon’s unbeaten Illuminate.
Don't rule out Besharah either. She was third in the Queen Mary and will also improve for the extra distance and more favourable draw.
■ Pointers…
EASTON ANGEL 2.40pm Newmarket (today)
AMAZING MARIA e/w 3.15pm Newmarket (today)