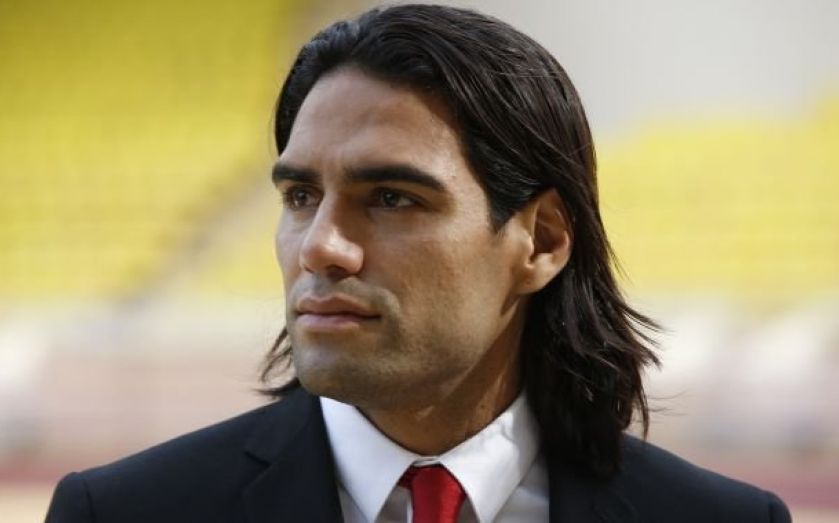 Radamel Falcao is set to become the highest paid player in the Premier League after Manchester United agreed to take the Colombian striker on a one-year loan deal from AS Monaco earlier today.

Manchester United are believed to be paying a £6m loan fee for Falcao's services, and will take on 100 per cent of his £346,000 a week wages.

Adding up to an annual salary of £18m per year, the striker will become the highest paid footballer in England, with the striker earning more than new United teammate and captain Wayne Rooney.

Following last week's arrival of Angel di Maria to Old Trafford, United now have the three highest-paid players in the league. Di Maria has signed a five-year deal worth an annual £15.1m, while Rooney had previously been in possession of the league's fattest paycheque after signing a new £300,000 a week contract in February. Robin van Persie is not far behind with an annual salary of £9.6m.

Falcao's contract is so huge, United will pay him more than Arsenal will pay Alexis Sanchez and Mesut Ozil combined.

Put together, United's front three of van Persie, Rooney and Falcao will cost the club £46.8m this season.

The move for Falcao comes after the biggest summer spending spree in Manchester United's history. The £6m loan fee will take United's total summer spending to a whopping £169m. No club in the Premier League has spent more.

It also means United will have shelled out roughly 20 per cent of the £821m spent by Premier League clubs this summer. Explore all the spending data for yourself in our interactive transfer map below.