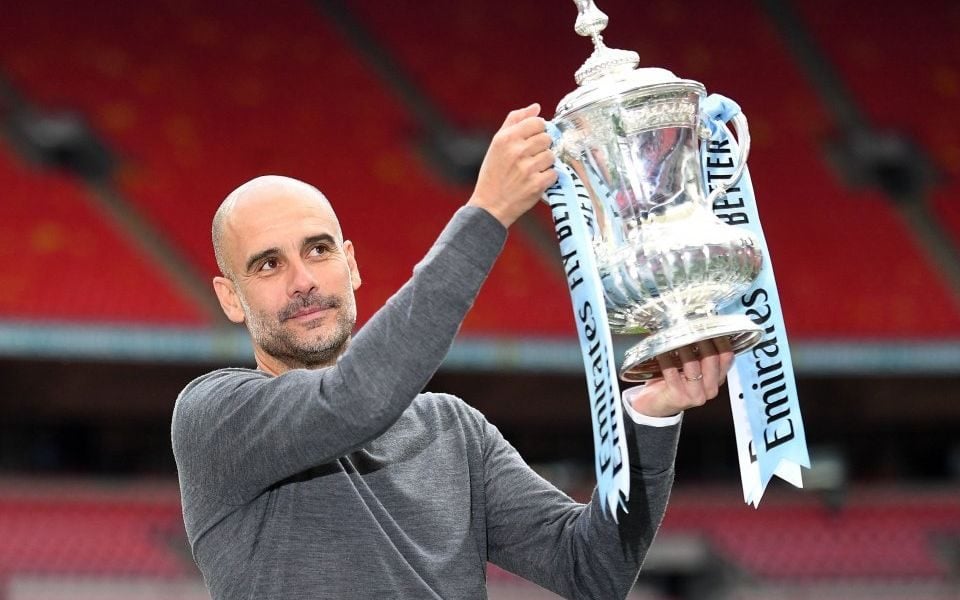 In the wake of a domestic treble unprecedented in English men’s football, there should be no sparing of praise for the brilliance of Manchester City.

Saturday’s FA Cup final against Watford was a devastating showcase: a 6-0 dismantling of a good team, the most emphatic margin of victory in the fixture for more than a century.

And yet the response has not been wall-to-wall eulogies. Some praise has been spared, some tributes equivocated.

Read more: How digital is helping Watford punch above their weight

They were certainly too good — too hungry, more than anything — for Watford.

Saturday’s festival of superiority took City’s total for the season to 169 goals, another English record in the men’s senior game.

They are the first to win 50 games in a season, including the Community Shield, and – as we now all know, though it bears repeating – the first to claim the Premier League or its predecessor, the FA Cup and League Cup in the same campaign. Ever.

But for some very fine margins in their maelstrom of a Champions League quarter-final tie with Tottenham, they might still be on course for a quadruple, an achievement that no previous team has even raised as a plausible outcome.

While a superb Liverpool side pushed them all the way in the top division, this City side have proven to be uniquely dominant.

What would our reaction be if this were not City but PSG, a team whose financial might dwarfs that of all other French clubs – and most elsewhere – and has made a mockery of Ligue 1 in recent seasons?

In the past, it has been to scoff, to deride French football as unworthy of interest. Yet not even they have managed that level of supremacy this year.

Similar, if less polarised, positions of dominance are held in Germany, Italy and Spain by Bayern Munich, Juventus and Barcelona.

In becoming the first Premier League champions to retain their crown since 2009, have City joined that list of Untouchables?

And if so, at what point do people lose interest? For all that English clubs have shown the relative depth of quality in the Premier League by monopolising the European finals, it is a cause for concern.

City thrashed Watford in the FA Cup final by the biggest margin for more than a century (Source: Getty)

Then there are the questions about Financial Fair Play.

It has been alleged that City inflated the value of sponsorship deals with Etihad Airways, another arm of Abu Dhabi’s empire, in order to boost revenue and enable more investment in the team.

If found guilty, they could be banned from the Champions League for a year.

City have steadfastly denied breaking the rules and painted the allegations as an attempt to discredit them. We must wait for the outcome of that investigation before passing judgement.

But what is clear is that City have spent to an extent that almost all clubs cannot and, if glory depends in part on a triumph against adversity, that takes some sheen off their achievements.

Parallels with other dominant teams spring to mind.

Team Sky – since rebranded as Team Ineos – have ruled road cycling for a decade and they too have been accused of sharp practice: questions about doping dogged their Grand Tour accomplishments, despite their repeated denials and the absence of evidence.

To a lesser extent, Saracens’ success in rugby union has been accompanied by suggestions – firmly denied and also unproven – that the wealthy north Londoners circumvented spending limits.

Whether either team broke rules or not, this was no level playing field anyway. It is the same with City: their enormous financial clout represents baggage that, when they appear to be not just brilliant but too good for everyone else, dilutes our sense of wonder and, ultimately, the praise.

Corruption, dirty cash, and money laundering – we must shine a spotlight on crooks hiding in the City