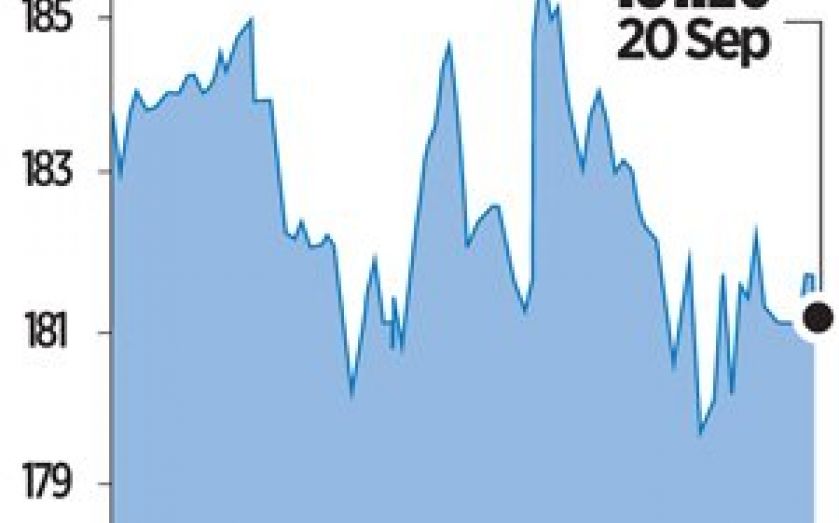 SITTING behind a boardroom table in an office on Berkeley Square in Mayfair, Mark Dixon, founder and chief executive of serviced office company Regus, is sipping from a Pret A Manger paper cup.

With his round tortoiseshell spectacles and thick Essex accent, Dixon, 53, is an unlikely symbol of the burgeoning digital revolution. But as the head of a global office provider catering for companies like Google, Toshiba and BMW, he is at the vanguard of a seachange in how we work – a shift he is understandably evangelical about.

“It changes people’s lives,” he says. “The status quo today is that you get on a train and you go to an office and you work with other people. That’s changing. We’re working with local councils to open up Regus offices in small towns and villages. Where do you work if you live in a little village in West Sussex – you can’t go and work in the pub. Now you can work down the road and you get to see your kids.”

Dixon, who started his career selling hot dogs, got the idea for Regus in the late 1980s when he was working in Brussels. He noticed hordes of businessmen and women hunched over wobbly coffee shop tables and decided to set up a business offering them an alternative to espresso-stained paperwork.

The original plan was to open 12 offices in the 12 capitals of the EU to serve lawyers and lobbyists, but Dixon says the plans were torn up in the first three months when the potential for the business became apparent to him.

Today, Regus, which offers meeting rooms and so-called thinkpods for workers, is a FTSE 250 company with a turnover of £1bn, and 1.5m customers. It expanded into its 100th country in June when it opened in Nepal and is on track to open up another 350 centres around the world this year.

The secret of Dixon’s success may well be that he is riding a wave of other people’s making that is changing how we work (think BlackBerry, think Gmail) but it is more likely his entrepreneurial flair for seeing things others don’t.

But could he have imagined when he started Regus how working would evolve? Apparently not.

“I have to remind my son that the internet only came around in about 1995 so I couldn’t foresee how things would change when I started it,” he says.

“As a business person you look at things and you find opportunity in things that don’t work. I got into the bakery business because I had problems finding the right buns. It wasn’t that I set out in life to become a baker – I became a baker out of necessity.”

Dixon’s first big success was Dial-a-Snack, a catering delivery company years before pizza could be ordered with the tap of an iPhone app.

He says there’s now too much government regulation strangling small businesses but argues that despite this, it is easier to become an entrepreneur today than it was when he began.

“I started in business in 1976 and almost all the businesses I did at the beginning you wouldn’t be allowed to do today because there is so much regulation,” he says. “Dial-a-Snack would have been closed down by the health authorities,” he jokes.

“But on balance it’s much easier today because of technology. The government … has made it more difficult but it’s been compensated by technology. It makes it a much more level playing field, so inside knowledge is a thing of the past.”

The call is small reminder of both Regus’ continental reach and the international vantage point Dixon has on business affairs.

The firm has offices in 350 cities across Europe and Dixon is perennially on a plane. (“I don’t get time to watch TV,” he says, “But I do watch things like BBC Click [a tech show about gadgets and the computer industry] when I’m travelling. I’m a person who gets to watch films and TV on airplanes more than anywhere else.”)

And Dixon is adamant that, despite increased bureaucracy for business, the UK’s future should be in the EU.

“It makes no sense to leave, it would be a huge loss to the UK balance sheet. The UK’s too small in the world economy … Nothing’s perfect and big government is very imperfect but it’s better than the alternatives.”

One pet peeve is the UK’s inaction over infrastructure spending, something that riles Dixon on his travels. He says plans for new airports and the HS2 line are good, but they have been sold to the UK public in the wrong fashion.

“We’re sick of the trains because they’re expensive – God knows how they don’t make a fortune. I went to Leeds the other day and it was nearly £300. It’s crazy. And it took forever,” he says.

“That holds the country back. You’ve got to get the infrastructure right. Every time I come into Heathrow I’m always delayed because there’s not enough runways.”

“But to sell it you’ve got to say to your people, ‘what do you want your country to be?’ Not, ‘do you want another runway at Heathrow?’ Show them the big picture – do you want jobs for your children and your children’s children?”

However long it takes it’s likely that when a decision is finally made on the future of Heathrow, Dixon will still be running Regus. What’s less predictable is what the working world will look like. But given his track record of staying ahead of the curve it’s a good bet Regus will be in the mix somewhere.

“We think we’re ahead of a trend in a major shift in how people work,” he says.

“We are becoming more and more mainstream. I spend my life explaining to people what we do but in two to five years time I won’t have to explain anymore, because it will be mainstream.”

1983 : Founded a business selling hot dogs out of a van

1986: Founder of The Bread Roll Company