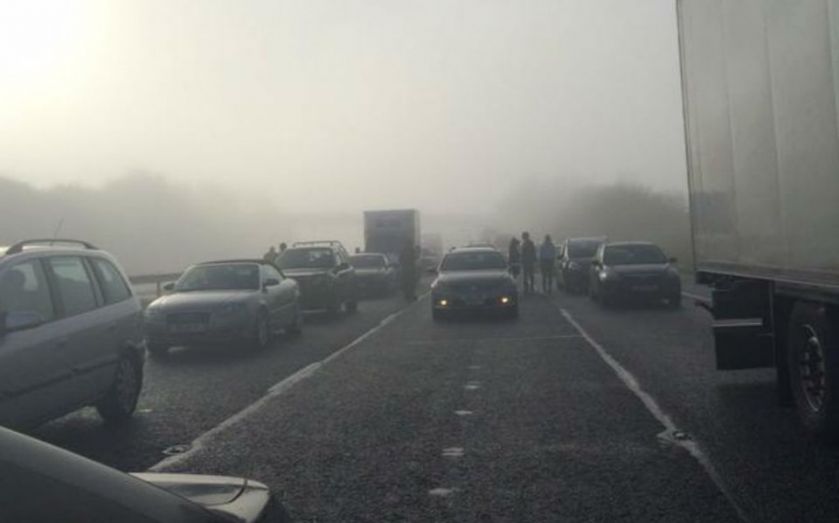 Two crashes on the main routes leaving London towards the north have left at least four people dead and caused travel chaos for motorists.

Around 40 vehicles have been involved in a fatal crash on the M40 in Oxfordshire, near Bicester and Cherwell Valley services between junctions nine and 10, in which it's understood one person has died.

Another person sustained life-threatening injuries, six people were seriously injured and up to 45 people have minor injuries.

The northbound carriageway of the M40  has been completely closed and some southbound lanes shut after the accident just before 8am and will remain closed for a number of hours. Thames Valley police are advising drivers to find alternative routes.

A second crash on the M1 in Bedforshire involving a coach and car has killed three men and left one seriously injured.

A double decker coach collided with a car parked on the hard shoulder in which the four men were travelling.

Bedfordshire police have said the M1 northbound between junctions 12 and 13 near Milton Keynes will be closed until mid-afternoon at the earliest.

The police have advised motorists of the following diversions in the Bedfordshire area:

Saturday started with foggy weather in the areas of the crashes and traffic was busier than usual as many families head off on half-term getaways.