LV boss Mark Hartigan has hit back after criticism over plans to sell the mutual to US private equity Bain.

Customers will receive £100 each if they agree to the deal, plus an extra 0.1 per cent return for every year they have held a with-profits policy since 1996.

“There’s a lot of emotion and sweat and tears in that pack – my goodness we’ve worked so hard to get it clear and right,” he added.

Voices to criticise the £530m deal have included Labour MP Gareth Thomas, who said it was a “bad deal” that handed a member-focused firm to a “private equity shark”.

They point out that the offer pales in comparison to the bumper handouts from other companies that have demutualised.

But LV’s boss said Bain’s offer was the highest the savings and retirement provider was going to get.

He told the newspaper: “The absolute overriding priority was which of all the 12 [bidders] is going to give us most money, and actually it was a good price in relation to the size of business and similar deals in the market. 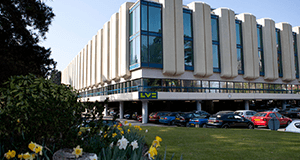