EU referendum: Lord Mandelson warns Brexit would lead to tariffs of up to 20 per cent on UK exports, inflicting "serious damage on competitiveness" 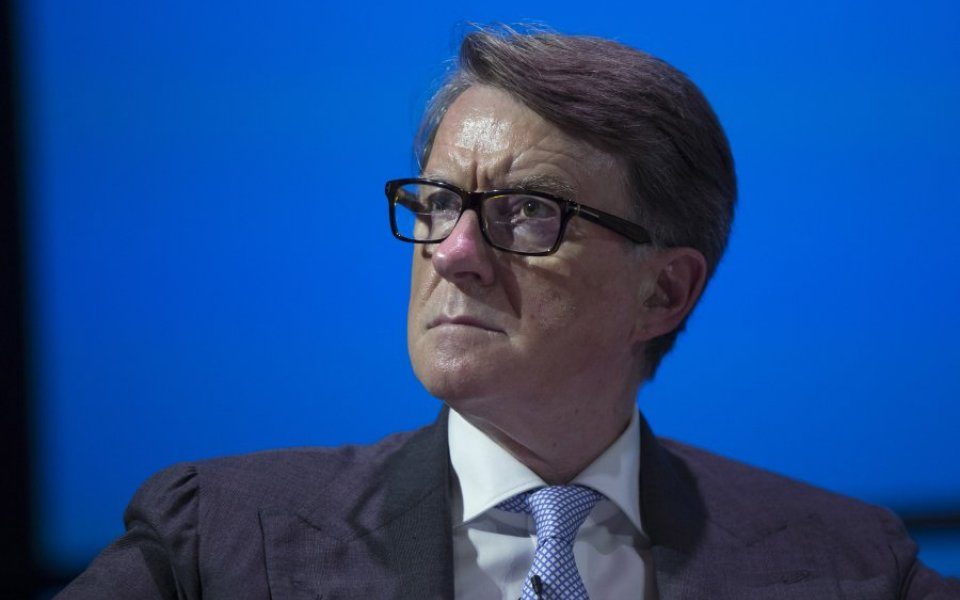 Labour peer Peter Mandelson has warned Britain leaving the European Union would lead to tariffs of up to 20 per cent on UK exports, inflicting "serious damage on the competitiveness" of some industries.

The former European Union trade commissioner said in a speech today that those campaigning for a so-called Brexit are "trying to sell people a fantasy” on the issue of trade.

Speaking this morning at the Institute of Chartered Accountants in England and Wales, the Britain Stronger In Europe board member questioned the “leverage” Britain would have outside the EU.

Read more: Boris: Outside the EU, London could be Europe's world city

He said: "Being part of a powerful trade bloc is an advantage not a straitjacket and especially one with such a long track record of success

"The EU is probably the world’s leading rule setter in international trade and this is a significant strength for Britain.

"For you to have such a large European market in which to grow our businesses and then, through effective trade policy, go out and become bigger in the world is a major source of economic competitiveness, growth and efficiency for Britain.”

He added: "As trade commissioner I saw British interests secured globally and protected every day by the weight of the EU and its market.

"You can be as ambitious as you like in trade policy but without leverage, without scale, you are not even at the table. And in commercial negotiations worth billions, if you are not at the table you are often on the menu.”

Mandelson also warned that "literally hundreds of thousands of zeroed tariffs and improved conditions of market access previously negotiated by the EU [with other markets] would be withdrawn and replaced with the costlier, non-preferential, non-privileged market access provided to all ordinary WTO [World Trade Organisation] members".

Read more: Brexit could affect property prices – but the Chinese slowdown and a potential interest rate rise are greater causes for concern

He said: "In some cases, that could mean new tariffs of 10, 20 per cent or sometimes even more on key UK exports such as cars, machine goods, whisky and textiles.

"This could inflict serious damage on the competitiveness of these and other sectors. Our exports to these countries would be at risk of falling like a stone, investment and jobs would be lost at home and the UK economy significantly set back."