Think your trip to work is more crowded than it was? You’re not just imagining it.

And yes, the throngs at Oxford Circus really are getting worse. Passengers passing through the Tube station increased 29 per cent between 2010 and 2014, and are now nearing the 100m mark.

But the tourist hotspot isn't the only place in London getting more crowded.

Traffic at 36 stations have increased more than a quarter over the past five years, according to City A.M.’s analysis of figures from the London Datastore. 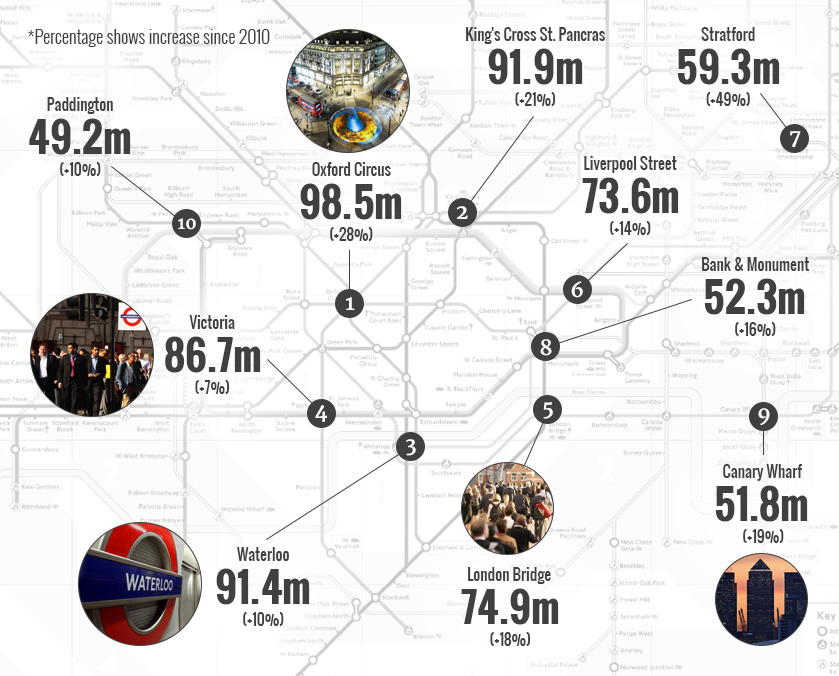 The top offenders may not come as a huge surprise, with Oxford Circus, King’s Cross, Waterloo, Victoria and London Bridge topping the congestion charts. Traffic at these crowded commuter hot spots is up on average 17 per cent over the past five years.

But this growth has nothing on Heathrow and Stratford, where passenger numbers are up 72 and 49 per cent respectively. Stratford, the centre of a surge in development following the 2012 Olympics, is the only one of the top 10 in Zone 3.

Passengers looking for a more tranquil commute have no choice but to make their way further out from the city. The quietest station, Roding Valley in Zone 4, had only 260,000 people pass through it during 2014.