London: Two millennia of pestilence and not out 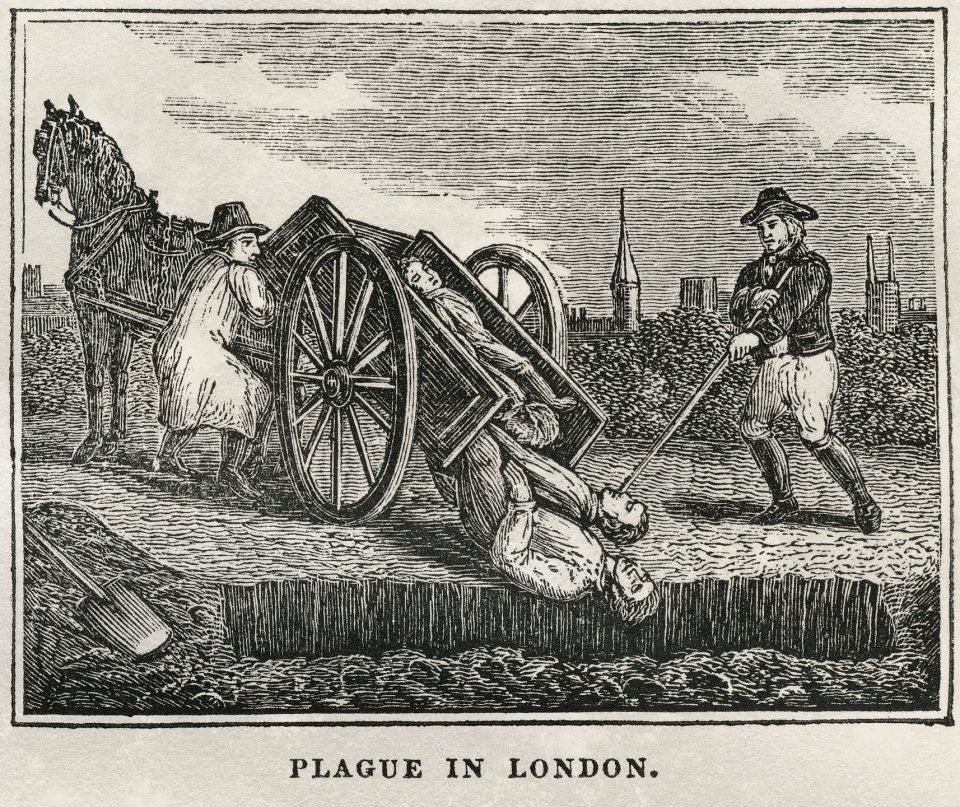 Anyone with a cursory knowledge of London’s history will not be surprised that our city is the epicentre of Britain’s coronavirus outbreak. Ever since its Roman foundation, London has been a microbial soup, a cauldron of pestilence.

Time and again plagues have swept across the capital, threatening to wipe it out. On every occasion, times have been hard but the city has in time bounced back stronger than before. Looking back through history you can also see many echoes of our own time and see that shuttered shops, eerie quiet and social distancing are nothing new.

In historic terms, coronavirus rates as no more than a nasty cough. While it would be foolish to understate its impact, a mortality rate of around two per cent does not even begin to compare to the Black Death in the 14th Century, which is thought to have wiped out half of London.

Even that appears mild compared with the earliest and most devastating plague that swept across Roman London. The Antonine plague was brought into the Roman Empire from soldiers campaigning in the East. It was possibly measles or smallpox, but its effect was devastating, even killing the Emperor Marcus Verrus himself.

There are no written accounts of its effect on London, but increasingly the archaeological record suggest it almost wiped out the city, with up to two-thirds of houses abandoned during the period and whole areas returning to grassland.

All through the medieval period, plagues were a common occurrence and swept through the capital every few years. The combination of London’s role as an international trading centre and the close packed inhabitant, together with deeply unsanitary conditions made it the ideal breeding ground for any new disease.

When the Black Death arrived early in 1349, it was in a different league. Like so many diseases, it came from China, and in one of those echoes from our own times, was introduced into Europe via Italy — contracted
by Genovese merchants on their journeys East.

London was already one of Europe’s largest cities with as many as 80,000 inhabitants. The Black Death cut down half of them. Cemeteries quickly overflowed and even today plague pits are a common find for an urban archaeologist, with Crossrail the latest construction project to reveal the victims. Bodies were piled in up to five deep, with children placed in the gaps between the adults. There were huge pits at Smithfield and Tower Hill.

Mortality on such a scale turned the country on its head. There were simply not enough workers left to go round. Wages soared and the country’s feudal, social and economic fabric was torn apart. Even today you can see fields in many counties that were ploughed until the Black Death and then never again, with their medieval furrows still intact.

Many villages were completely deserted. London however survived and even after a time thrived, a magnet for many people who had left the land as well as criminals, with its surviving inhabitants described as ‘proud, arrogant and greedy’. Again how little changes.

The Bubonic Plague stayed in London for centuries, emerging every 20 years or so to wipe out a significant part of the population.
Fast forward to the 17th Century and it made its last and best chronicled appearance. The Great Plague of London in 1665 was in fact only the last in the many outbreaks of this horrible illness but it was the only one well documented by that great Londoner, Samuel Pepys.

He writes so vividly about living with the plague, and the combination of fear for himself and his family, sympathy for the victims and shock at the effect across London.
“But, Lord! How sad a sight it is to see streets empty of people. Jealous of every door that one sees shut, lest it should be the plague, and about us two shops in three, if not more,
generally shut up.”

Like us, Pepys quickly had to get used to shops being closed and homes self-isolating — when they put red crosses on the door with the words ‘Lord Have Mercy Upon Us’. On another occasion walking home at night he stumbled over a plague corpse in an alleyway.

Nevertheless Pepys, like most Londoners was a robust type and he later declared that “I have never lived so merrily as I have done this plague time,” reminiscing about his evenings spent dancing and drinking with friends. It was also a tremendous year for him financially and he boasted on New Year’s Eve that he had somehow increased his fortune from £1,300 to £4,400.

As we contemplate the prospects of the next few months of home-working, self-isolating and uncertain financial prospects it is worth reading the accounts of all the plagues that have beset our forebears, who had it so much worse than we do. They show us that all this will pass and that there is every chance to stay cheerful in the darkest times. And finally that even in these adverse times, there are still ways to make a living.