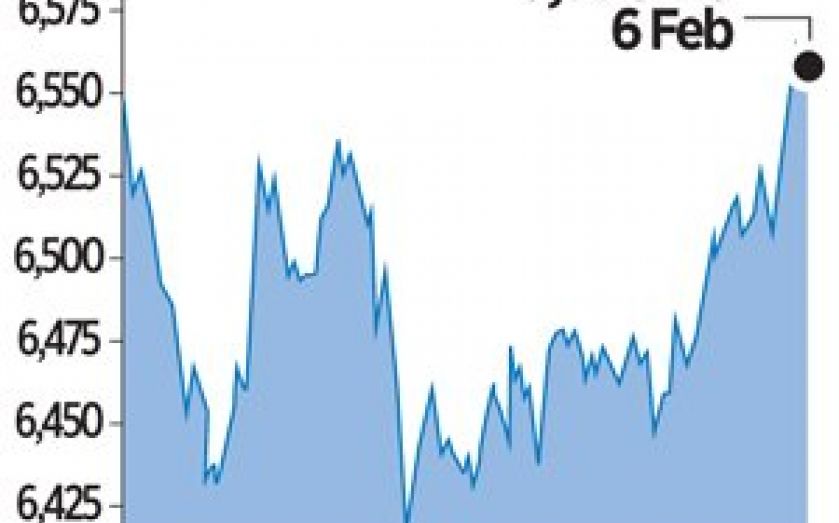 Investors had been unnerved by signs of slower Chinese growth and the withdrawal of US monetary stimulus, concerns that spread from emerging markets to the world’s big stock markets.

A 3.7 per cent rise in Vodafone, after the mobile operator expressed confidence that its revenues would improve, contributed the most points to the FTSE 100 index yesterday.

Toby Campbell-Gray, head of trading at Tavira Securities, said Vodafone kept attracting investors because of its solid dividend yield and because of speculation about a takeover, even though AT&T ruled out a bid for Vodafone last month.

With much of the market focus on today’s US non-farm payrolls report, investors took heart from a better-than-expected report on US weekly initial jobless claims.

One cause for concern is that the earnings picture overall remains mixed, underscored by a warning from AstraZeneca that it has another difficult year ahead in the face of generic competition for its popular heartburn and ulcer drug Nexium.

Its shares dropped 1.6 per cent, the biggest drag on the UK benchmark. The loss trimmed the drug-maker’s advance this year to around seven per cent, as analysts flagged a likely downgrade to the consensus forecast for its 2014 earnings.

Cautious results statements are sounding alarm bells for investors who had been betting on a recovery in European earnings as the main driver for an equity market rally in 2014. With the market already trading at lofty valuations after a bumper 2013, bolstered by central bank stimulus, analysts say that valuations have little scope to make further gains, which means earnings must increase before prices can.

The FTSE 100 trades on a 12.9 12-month-forward price-earnings ratio, against its 10-year average of 11.9, Thomson Reuters Datastream shows.

The FTSE 100 is still down around three per cent in 2014 after a drab start to the earnings season.