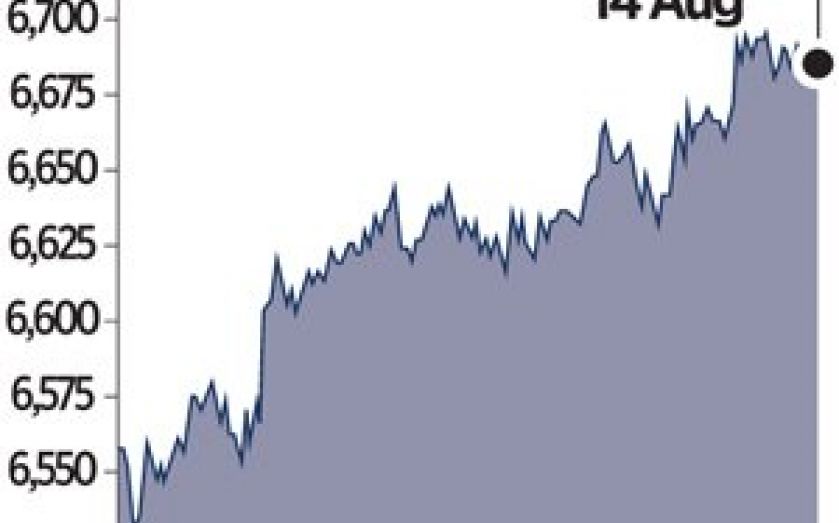 THE FTSE yesterday rose after being bolstered by apparently conciliatory comments from Rus­sian President Vladimir Putin on a visit to Crimea, as well as expectations for a continuation of ultra-loose monetary policy.

On a trip to Crimea, the Ukrainian region annexed by Russia in March, Putin said his country would stand up for itself but not at the cost of confrontation with the outside world.

Investors were betting that the continuation of loose monetary policies would help boost equities.

But weak UK wage data on Wednesday prompted the market to push back its expectations for when the Bank of England would lift interest rates.

TUI Travel advanced 2.2 per cent to 369.70p in brisk trade after TUI AG’s chief executive said the German company’s plans for a merger with the London-listed unit were on track.

Shares of cruise operator Carnival also rose, by 0.4 per cent to 2,234p

Property company British Land also notched up good gains, rising 2.5 per cent to close on 724.50p, after Bank of America Merrill Lynch raised its rating on the stock to “buy” from “neutral”.

But shares in mining and services giant Glencore fell 1.3 per cent to 360.65p following a down­grade to “neutral” from outperform at Credit Suisse, which cited fading momentum and valuation as reason for the move.