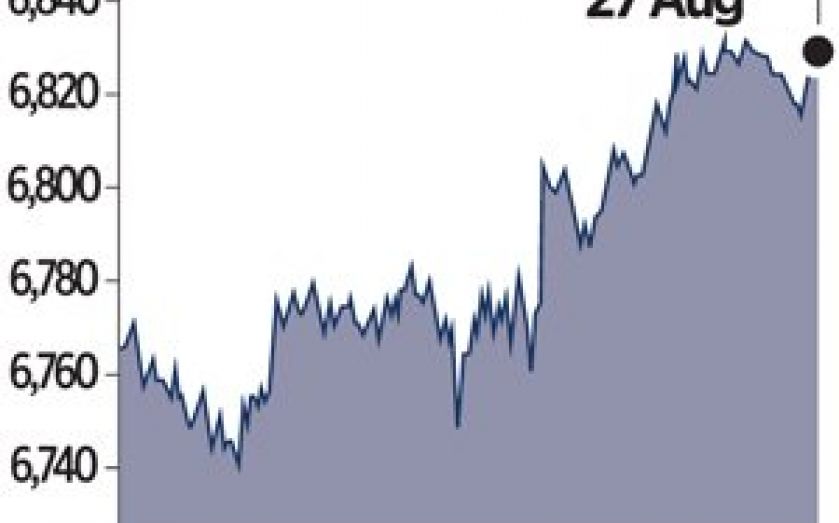 Petrofac rose 2.3 per cent to 1,149p, making it the best-performing FTSE 100 stock in percentage terms.

Brokerage Investec kept a “buy” rating on the stock, while S&P Capital IQ raised its rating on Petrofac to “strong buy” from “buy”, a day after Petrofac reassured investors by sticking to its full-year earnings forecast despite suffering a fall in first-half profits.

However, Sainsbury fell 2.6 per cent to 304.20p, while rival Tesco retreated 1.1 percent to 249.30p, after data from Kantar Worldpanel showed yet more weak sales for the UK’s top super­market retailer.