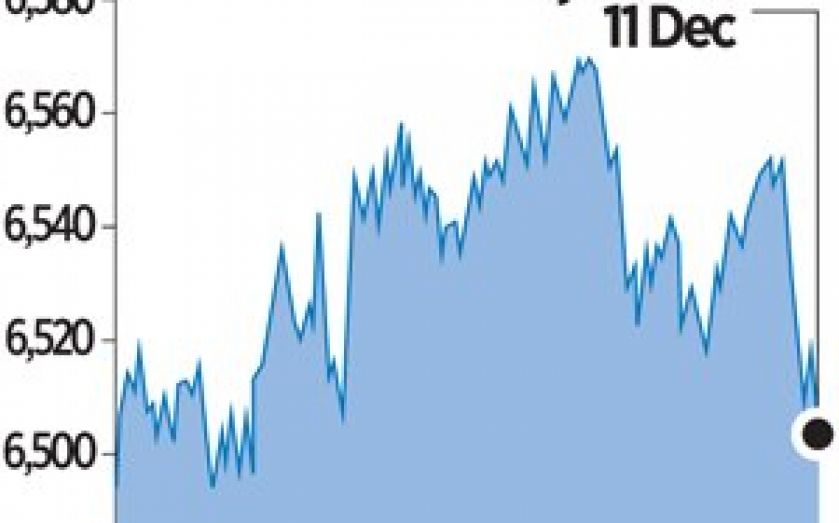 THE UK’S top share index ended slightly lower yesterday with a provisional budget deal in Washington raising concerns of a reduction in US stimulus as early as next week.

The agreement, reached late on Tuesday, would end three years of impasse and fiscal instability in Washington that culminated in October with a partial government shutdown.

Defensive stocks such as BT Group, United Utilities and British American Tobacco outperformed the wider market by rising 0.2 to 1.1 per cent.

However, cyclical stocks such as banks and insurers fell, dragging down the blue-chip FTSE 100 index, which ended 0.2 per cent lower at 6,507.72 points.

Aerospace and defence group BAE Systems rose 2.6 per cent to feature near the top of the FTSE 100, with traders attributing the advance to greater visibility on US military spending after the budget deal in Washington. Royal Bank of Scotland was among the worst-performing FTSE 100 stocks as it fell 2.9 per cent.