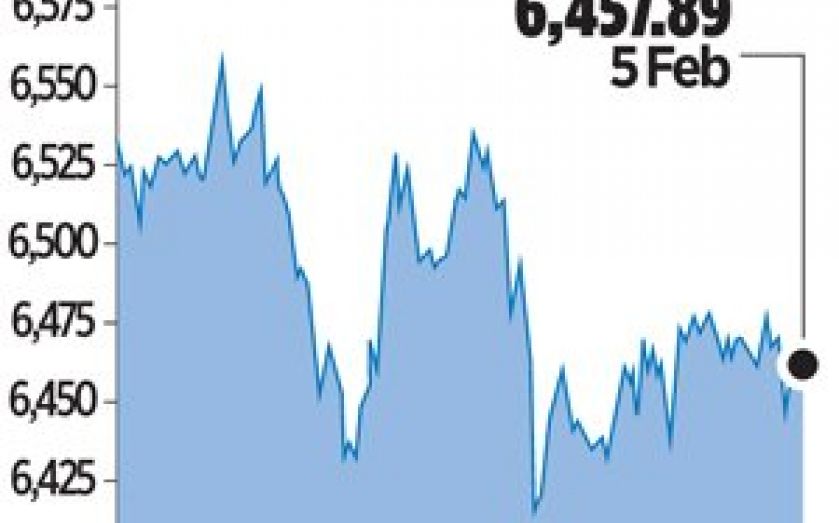 Shares in RSA rose 4.6 per cent on expectations its new chief executive Stephen Hester, credited with salvaging RBS, would help turn around the insurer, which is struggling with a £200m pound ($330m) hole in its finances following an accounting scandal.

The stock had fallen 25 per cent in the previous 12 months, lagging a 20 per cent rally for the insurance sector and leaving RSA trading at a discount to all its peers based on expected earnings and book value, Thomson Reuters data showed.

“Having someone on board of Stephen’s calibre and track record is certainly supportive,” said Marcus P Rivaldi, an analyst at Morgan Stanley.

Volume on RSA’s shares was nearly five times its full-day average for the past three months, compared to FTSE 100 volume nearly 30 per cent above the index’s own average.

GlaxoSmithKline was up 1.6 per cent after the group said it predicted a pick-up in sales growth this year.

Oil explorer Tullow Oil topped FTSE risers after spiking 7.1 per cent in late trade, with traders citing rehashed speculation of a takeover bid for the firm, although no potential suitor was mentioned.

The FTSE repeatedly bounced back up after testing support at 6,422, showing buyers were starting to come back into the market as it approached four-month lows. The recent falls in the FTSE have come as concerns over US growth and monetary stimulus compound fears over the resilience of emerging market economies.

“Any move towards 6,400 is attracting some buying, (but) I’d want that area to hold for the week before I’d be sitting a little more comfortable on the long side,” said IG’s Will Hedden.

The FTSE 100 gained 14.4 per cent last year, although emerging market turmoil has seen it lose around four per cent so far in 2014.

Investment manager Hargreaves Lansdown, which dropped 10.2 per cent, was the top FTSE faller as its quarterly update showed a fall in the company’s interest margin.