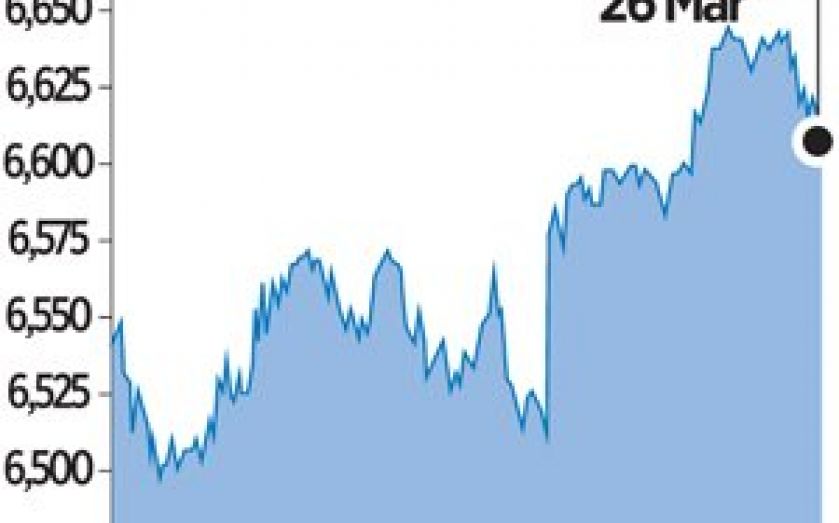 SHARES in Lloyds plunged 4.9 per cent yesterday after the government sold a stake in the lender at a discount to its stock price, and held back the UK’s blue chip equity index.

The weakness at Lloyds, after the government sold a £4.2bn stake in the bank at a 4.6 per cent discount to Lloyds’ closing share price on Tuesday, took the most points off the FTSE 100.

“The growth prospects for Lloyds in the UK are limited as the economy is mature and we believe that low interest rates and high levels of consumer and government debt will restrain economic growth and the demand for further credit,” said Gergel.

The FTSE has fallen below its 50-day moving average which stands at around 6,637 points.