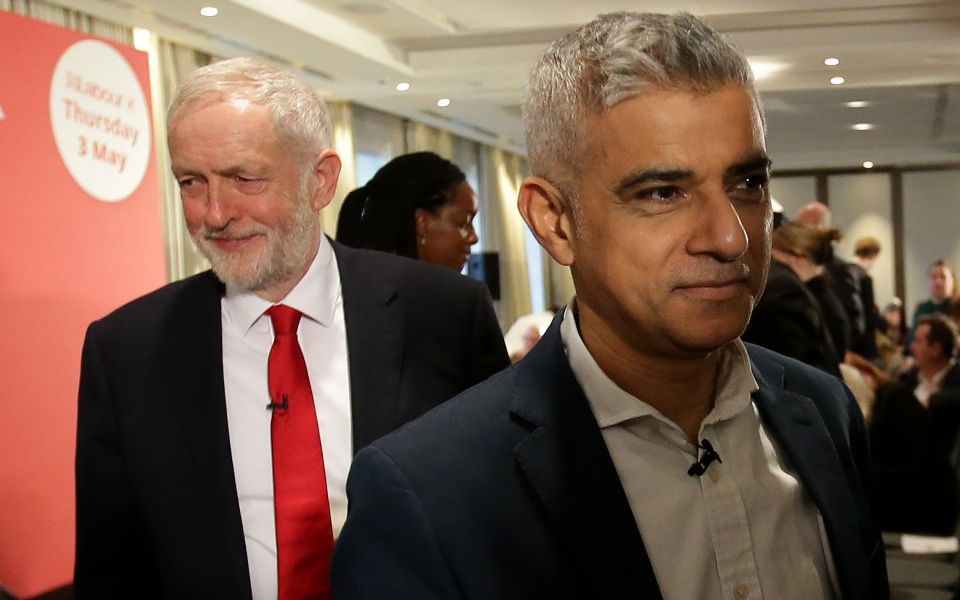 The mayor of London, Sadiq Khan, has joined calls for a second referendum on the UK’s membership of the European Union, claiming the Conservative Party has been left with only “incredibly risky” options for Brexit.

Khan, one of the Labour Party’s highest-ranking politicians, wrote in The Observer that an opportunity for the “best possible” Brexit was now “dead in the water”.

“With time rapidly running out, we are left with two possibilities – a bad deal, which could end up being so vague that we leave the EU blind to what our future relationship will be, or a “no-deal” Brexit,” he wrote, adding: “Both these scenarios are a million miles from what was promised during the referendum campaign, only further exposing the lies and mistruths sold to the public.”

“I don’t believe May has the mandate to gamble so flagrantly with the economy and people’s livelihoods,” the mayor wrote.

Khan’s intervention makes him one of the most high-profile figures to have joined calls for a referendum on the terms of Britain’s exit. It will increase pressure on Labour leader Jeremy Corbyn ahead of the party’s conference later this month.

Corbyn is already under pressure from his own party to take a stance in favour of a second referendum, after over 100 constituency parties submitted motions calling for a “people’s vote”.

“As mayor, I wouldn’t be doing my job standing up for Londoners if I didn’t say now that it’s time to think again about how we take this crucial decision,” Khan said.

Speaking on the BBC’s Andrew Marr Show this morning, Khan said both options presented by Theresa May would be “hugely damaging to London”.

Just under 60 per cent of Londoners voted to remain in the EU during the vote in June 2016 – significantly above the national figure.

Pushed on previous comments he made in the aftermath of the referendum, in which he ruled about a second vote – claiming it would lead to “cynicism” – Khan said he had changed his mind after becoming increasingly frustrated by a lack of progress from the government.

“Theresa May can’t negotiate with her own party, let alone the European Union,” he told the BBC.

Last month, Khan ordered London’s crisis planners to prepare for the consequences of a no-deal Brexit, instruction the London resilience Forum to assess the impact crashing out the the EU would have on areas such as medicine, energy and food.

Asked about a series of headlines critical of his record as mayor that have appeared in the Evening Standard in recent weeks, Khan said: “George Osborne doesn’t concern me in the slightest” – adding that the paper’s editor, who was chancellor under former Prime Minister David Cameron, had been the architect of many cuts to public services.

Environment secretary Michael Gove, one of the Conservative Party’s most prominent Brexit advocates, said he believed a second referendum would be a “profound mistake”, claming that Khan proposals would simply mean a re-run of 2016’s vote.