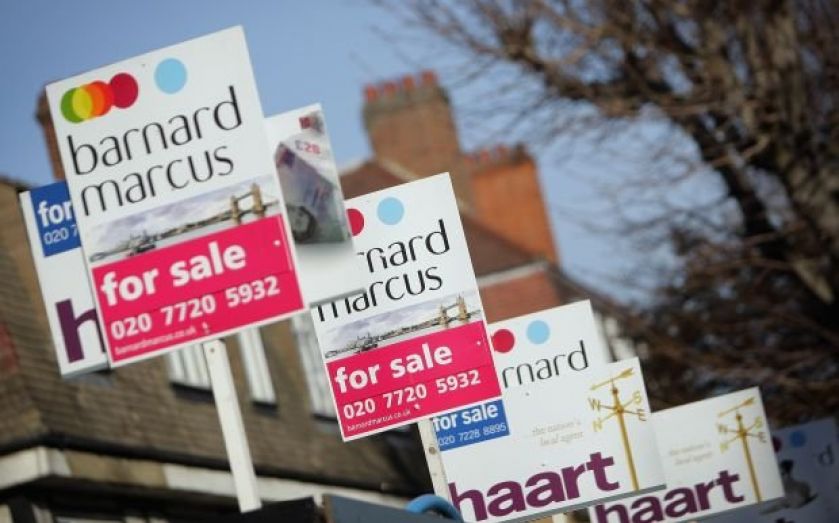 The boom might be ending: London House Prices have stagnated in July, recording their first almost growth-free month since December 2012.

According to data from Hometrack – which is a survey rather than indexed data – prices in the capital were unchanged at zero per cent for July, down from 0.5 per cent in June and 0.6 per cent in May.

That the rate has been slowing for three months by Hometrack counts implies that demand is weakening, probably as a result of restrictions on mortgage lending, the prospect of interest rate hikes and a shift in buyer sentiment.

The number of first time buyers registering with estate agents fell 0.9 per cent, compared to zero per cent in June. This means that the upward pressure of high demand can be expected to cease, perhaps leading to a period of low house-price growth. The trends are shown in this graph:

Estate agents are also finding it more difficult to achieve the asking price for properties, with 97.5 per cent of London properties (still pretty high) achieving their asking price compared to 99 per cent in  May.

This is reflected in the data for national prices by postcode: just 12 per cent of postcodes recorded price rises in July and 11 per cent recorded drops.

The figures however must be taken in context. The summer usually sees a slowdown in the market and these figures are from a survey; they aren't proper, indexed data. These aren't the only figures hinting at a market cooling though: seasonally adjusted figures on house sales have also hinted at a tempering demand.

Commenting on the trends in the market, Richard Donnell, Director of Research at Hometrack, said:

The lead indicators in the survey have pointed to a slowdown in the rate of growth for the last two months, in part due to warnings from the Bank of England and others of a possible house price bubble. Demand for mortgages has also been slowing for several months now. There’s a growing element of caution from buyers about the market outlook as the prospect of future interest rate rises looms, and the new tougher mortgage market checks implemented as part of the Mortgage Market Review (MMR) impact on demand.

This graph shows year-on-year percentage changes in house prices, as calculated by Halifax, the Land Registry and Nationwide. They are not seasonally adjusted.