No slip-ups this time.

The build-up to the match was dominated by what happened five years ago, but Andy Robertson briefly losing his footing was the closest Liverpool came to a repeat of their infamous meeting with Chelsea which shaped the 2014 Premier League title race.

Instead of an unfortunate mistake defining their season, it could potentially be a two-minute, two-goal blitz which they end up reflecting upon.

Ultimately their two top scorers made the difference, Sadio Mane and Mohamed Salah providing contrasting finishing touches to swing the game and send Liverpool back to the top of the Premier League table after Manchester City’s earlier victory over Crystal Palace.

Mane’s back-post header broke the deadlock and settled any nerves, but it was Salah’s pile-driver into the top corner which got fans off their seats and believing.

Maurizio Sarri opted to field Eden Hazard as a false No9 and the Belgian was the obvious threat to the Reds’ title chances.

Having been thrust into the centre of attention in more ways than one Hazard was his all-action self, completing eight dribbles – twice as many as any other player – and coming closest to denying Liverpool a 17th clean sheet in the league. 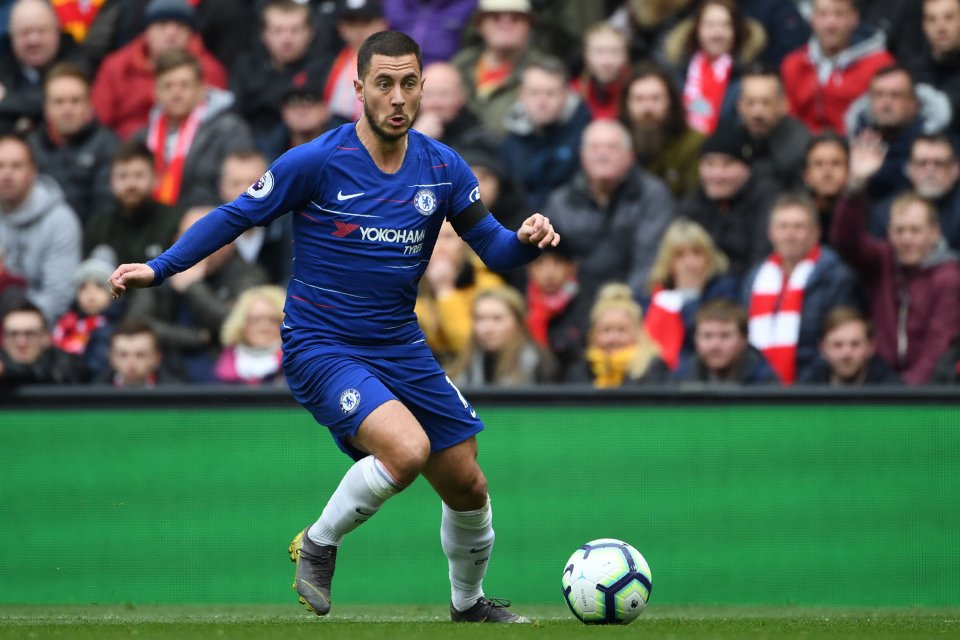 But try as he might, Hazard couldn’t quite make the difference. Put clean through, he beat Alisson but struck the post with the chance to get the Blues back into it shortly after Salah’s goal.

While he can’t be expected to carry the hopes of his side in every game, it was a disappointing miss for the 28-year-old who, alongside substitute Gonzalo Higuain, failed to set up a grandstand finish.

For the most recent of Liverpool’s clutch games Klopp opted for Fabinho and Naby Keita alongside Jordan Henderson in midfield and the combination paid off.

Henderson took the responsibility on his shoulders, setting up Mane’s opener with a composed dink to the far post and controlling play in the middle of the pitch.

James Milner and Georginio Wijnaldum came off the bench to calmly see things through, but Klopp particularly was gushing in praise of his captain.

“There was not one part of him that was not important,” he said. “In the last three games he’s obviously on fire, which is good.”

While the match was primarily about Liverpool’s title race, the game also held great significance for Chelsea’s season, with the race for the top four hotting up.

Chelsea remain fourth for now but defeat – their sixth in succession away in the Premier League against the Big Six – means Arsenal can oust them with a win over Watford this evening at Vicarage Road.

Sarri’s side host Burnley next up in the league, but with a trip to Old Trafford to come their best chance of securing Champions League football next season may lie in the Europa League.

The Blues hold a 1-0 lead against Slavia Prague ahead of Thursday’s second leg and are the bookies’ favourites to win the competition. Do so and Chelsea could follow the lead of Manchester United in 2016-17 and qualify for the Champions League despite missing out on the all-important top four. 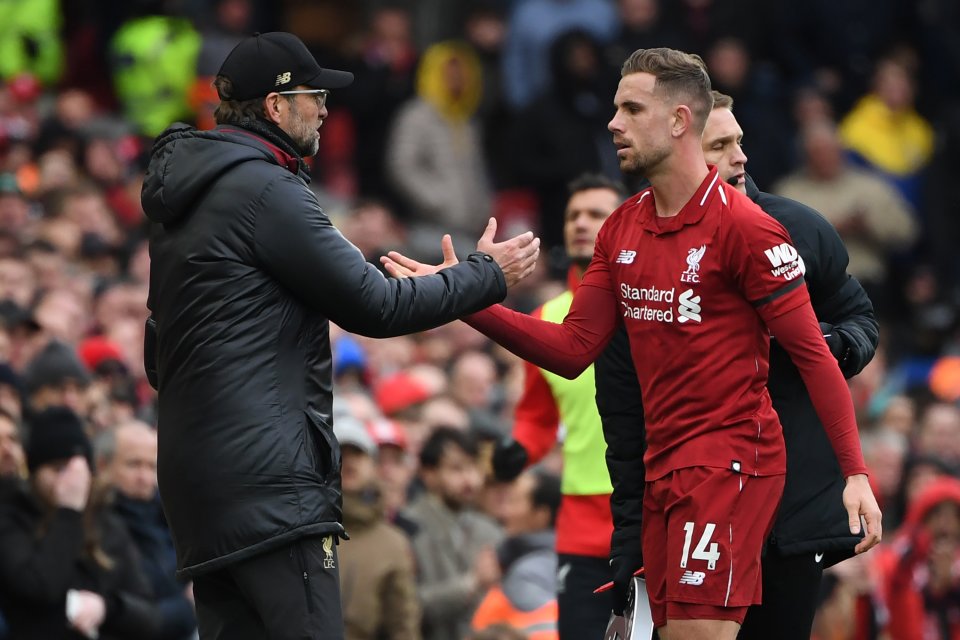 This win could prove the final hump for Liverpool. With Cardiff, Huddersfield, Newcastle and Wolves remaining they will be confident of winning the final four games.

In contrast City have a game in hand, but face Tottenham next before travelling to Old Trafford to play rivals United ahead of fixtures against Burnley, Leicester and Brighton.

Klopp said he expects City to win all their games, but the psychological boost of overcoming Chelsea, who were unbeaten at Anfield since 2012, is a significant one.

“It’s really big. It’s another big game we have won,” said Henderson. “We are enjoying it and that’s the main thing.” With neither team blinking the race rolls on.