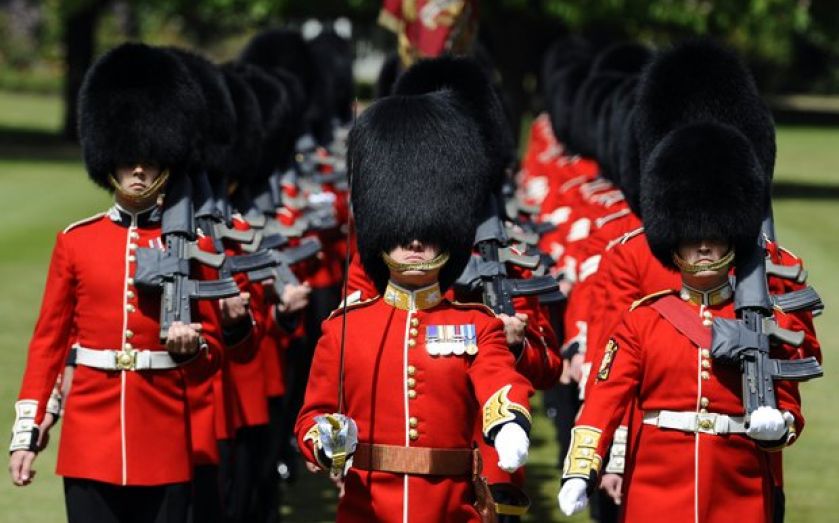 I ONLY lost it once on 9/11. It was some time after the third plane hit the Pentagon that early September morning. Working flat out at the Heritage Foundation in Washington, DC, I was dimly aware the phone was ringing incessantly, as my staff went on with the important job of working out who was behind the atrocity.

My chief of staff came running down the hall, saying there was an overseas call I’d want to take. Absent-mindedly I picked up the phone, to find myself on the line with Dominic Cummings, an old UK friend from the successful anti-euro campaign Business for Sterling. “How are you?” “Terrible.” “But not half as bad as they are going to be, once we catch the bastards. Godspeed, amigo.” And then he hung up. And then I lost it. For there was someone else, out there in the world, who was entirely on my side.

Yet the US-UK Special Relationship, for all the rose-hued Churchillian odes delivered at so many dinner parties, has never been an easy thing to love. Rather, it has always reminded me of the scratchy, irritable, but ineffably close bond exemplified by Robert Redford and Paul Newman in Butch Cassidy and the Sundance Kid. We are perpetually annoyed with each other – as the Brits wonder at how these simplistic yahoos came to run the world and the Yanks marvel at such arrogance fronted by people several generations removed from running an empire – and yet we always come out shooting at the Bolivian army together, without it ever crossing either of our minds that there really is an alternative.

That is the real magic of the thing and what stands to be lost if Scotland votes to leave the Union. For as Sir John Major presciently said the other day, it is a matter of standing; it is primarily a question of perception. It is not that anything will institutionally change if Scotland votes to go its own way. What is left of the UK would still retain its UN seat, will still be a close partner with Washington in Nato, would still share intelligence as a charter member of the Anglosphere-dominated Five Eyes grouping (along with the US, Canada, Australia and New Zealand).

But beneath this thin veneer of business as usual, the UK ship of state will have been fatally torpedoed below the water line. Already, years of hollowing out of its military capability has raised questions about whether its armed forces can – along with just the US and France in Nato – perform full-spectrum operations in the field. If Scotland (along with its share of GDP) left, there is little doubt that this seminal ability will be beyond what remains of the UK. This practical diminution matters, even more than the symbolic calling into question of the UK’s nuclear deterrent.

More devastatingly, there is absolutely no doubt that the global perception will be that a fractured UK, hopelessly split asunder, is a proud place that has at last given up all pretence of playing a significant role in the world. Our common enemies would rejoice in this outcome.

Friends like America – bewildered and not quite understanding the whole thing – will sadly wonder at the reason for the suicide of its closest and most enduring ally. Increasingly, London will be seen as just another well-meaning, if marginal, European ally. Of course, everyone will adjust to the new reality, but there is no getting away from the fact that, at the next moment of global crisis, there will be no one on the line, as blessedly there was for my 9/11 call.

Why should anyone in Scotland care about this? For the simple fact that Scots will never again – and I say this as someone who spent the best eight years of my life there – play on the global stage in the important manner they have over these last centuries. It is vital Scots continue to punch well above their weight in the global arena; this can only happen if the Union endures.

In the end, if the last decade teaches us anything, it is that in an era of multipolarity even the most powerful country in the world is desperately in need of true friends and allies, prepared to work with it when the chips are down. Today, the day of the all-important ballot, every western effort for jointly ordering this fractious planet starts with a phone call between Washington and London. Long may this state of affairs continue to endure.

Dr John C Hulsman is senior columnist at City A.M. He is a life member of the Council on Foreign Relations, and author of Ethical Realism, The Godfather Doctrine, and most recently Lawrence of Arabia, To Begin the World Over Again. He is president and co-founder of John C Hulsman Enterprises (www.john-hulsman.com), a global political risk consultancy, and available for corporate speaking and private briefings at www.chartwellspeakers.com