Listen up: Sideways 6 helps you hear your staff's great ideas 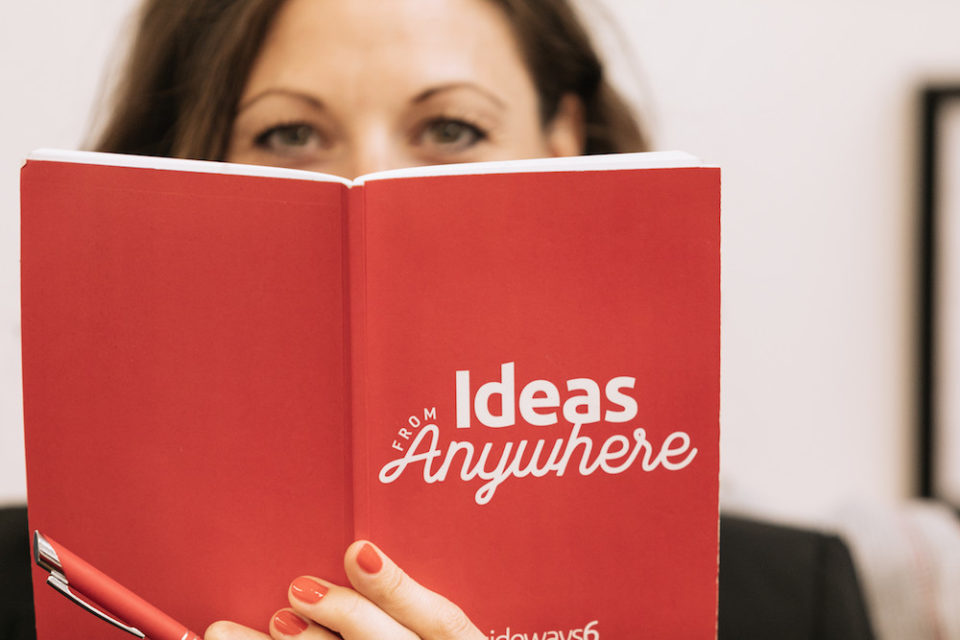 There are lots of reasons you might not be happy with your job. Maybe you don’t like the work itself, or your colleagues? Perhaps the requests of your clients (or your manager) are too demanding?

But even if you like your job, it could be that you don’t feel respected – maybe your bosses aren’t listening to all your great ideas?

That’s how Will Read felt before starting his own business, a suggestion software company called Sideways 6 which helps employees to share ideas with a company’s decision-makers, as a way to solve that exact problem.

While Read’s software-as-a-service company has several big-name clients, it’s still a fairly young business. It only got its first client, British Airways, in 2015.

A couple of years before, Read was working as an analyst at Sky IQ, providing data for advertisers. He felt that he had great ideas for how to serve the company’s clients better, but there was no way to get those ideas heard.

“On a typical Friday evening I’d be sat with mates in the pub and be the one moaning about work, and I’d never been in that situation before,” he says. “I felt really disengaged.”

As a result, Read left his job in 2013 to join the New Entrepreneurs Foundation, which offers training and mentoring to people keen to start their own company. This helped him to come up with his business idea in early 2014.

“What if I could build something that would solve what I saw at Sky?” he recalls. “I had my bright idea – ‘right, we’ll do something like a suggestion box, but sexy and digital’.” However, a quick bit of market research soon revealed that Read’s unique business concept… wasn’t so unique.

“There was already hundreds of competitors out there, doing sexy, digital suggestion boxes,” he laments.

Ironically, he found out through this research that his former employer Sky actually had a suggestion box that Read hadn’t known about.

“This showed that Sky wasn’t this horrible company that​ didn’t want to listen, but that there was something wrong with the mechanism (of employee suggestion).”

And by speaking with businesses, Read found that the other part of the problem was getting employees to engage and make suggestions in the first place – busy workers had enough on their plates already.

So Read went back to the drawing board. His team designed a solution that can be integrated with existing communication networks that employees are probably already familiar with, such as Slack, Facebook Workplace, or Microsoft Yammer. Sideways 6’s technology can connect to around a dozen different platforms.

“We chose to connect to the systems that employees are already using, instead of putting something new in front of them, and have a back-end to help managers choose the best ideas,” he explains.

“The employees don’t need to learn anything new, they just go to groups on existing channels. They’re asked to put forward ideas, and they have this great experience where they can pitch in a suggestion, it’s judged on its merits, and their colleagues can contribute with comments and likes.”

In a small company, suggesting an idea to your boss may simply be a matter of getting out of your seat to have a chat, or sending a quick email, but that’s not so easy in a huge, international organisation with hundreds or thousands of staff.

Many of Sideways 6’s clients are FTSE 100 mainstays, like Sainsbury’s and Diageo (Read admits that his software is useful only for companies over a certain size, specifically 500 to 1,000 people), and the service is being used to help over 3m employees across more than 40 countries – Sideways 6 even has an office in Belarus.

Once an employee submits an idea, automated software can then ask further questions to categorise it depending on what the company cares about – is the suggestion a way to raise new revenue, cut costs, or improve productivity? Then, managers can use a Sideways 6 application to review, assess and prioritise these suggestions – news of any decisions or progress made here, such as planning to trial an idea, can be fed back to the worker, helping them to feel recognised and, ultimately, happier in their job.

Having a suggestion box isn’t just a way to placate a worker’s feelings; these ideas can have a huge impact – Sideways 6 claims British Gas saved £5m a year from higher productivity thanks to one staff suggestion.

Read is also keen to talk about his company’s future, especially as the company secured a £500,000 investment in 2017 to facilitate growth.

“We built the business for three years on customer money, and that gave us a huge amount of discipline. It meant we had to be focused on delivering what the client wanted, otherwise we’d go bankrupt. By the end of 2016, I thought it would be nice to have a buffer in order to make some investments in more forward-thinking products,” he says.

Sideways 6 is also planning to open an office in the US early next year to help with growth there – Read adds that his target is to reach 50m people with the company’s programmes globally in order to give them a voice at work.

“We’re currently somewhere around 3.5m, so a long way to go. Fulfilling that target means continued growth in the UK and Europe; we grew 300 per cent last year.”

So, having gone from employee to boss of a rapidly growing company, is Read making sure to listen to his own staff? He describes a weekly tradition called “beers and cheers”, wherein the team in his London office gather on a Friday afternoon to have a drink and share their achievements from the prior five days.

“I traditionally thought things like company values were a load of rubbish, but I’ve learnt it’s the complete opposite – they tie the company together. With beers and cheers, we sit down with drinks and do a learning from the week each, something you’re proud of each, and ‘big-up’ someone. Everyone leaves on a Friday feeling a bit of a high from it.”

What’s interesting from speaking to Read is the importance of communicating with your staff. He went from being unhappy with his day job, to starting a company that now employs around 30 people and serves high-profile customers. Imagine if his old employer had recognised and harnessed his ambition?

The key lesson then is to listen to what your staff think – you never know who might have a fortune-making idea.