Liberal Democrats split on state of the UK economy 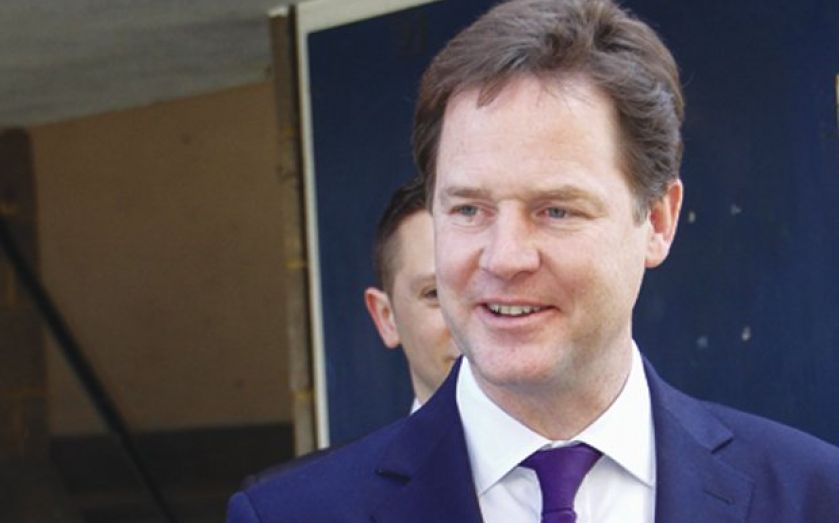 A MAJOR split over the economy among Liberal Democrat ministers was laid open last night, with Nick Clegg and Vince Cable revealing tension at the highest levels of the party.
Deputy Prime Minister Clegg rubbished business secretary Cable’s idea of restricting the second part of the Help to Buy scheme – which will see the government back house purchases worth up to £600,000 for people with just a five per cent deposit – to severely depressed parts of the UK.
“We’re putting a little bit more air into giving credit worthy customers the ability, not irresponsibly, to borrow money in order to get their feet on the first rung of the property ladder,” Clegg told the BBC.
The split between Clegg and Cable seemed even wider after the business secretary decided not to speak in support of the Lib Dem’s economic policy at the party’s annual conference in Glasgow. Cable had been expected to publicly support the motion but pulled out after ordinary members tabled an amendment that called on the party to slow the rate of deficit reduction. While Cable is expected to back the overall motion, he has also given qualified support to part of the rebel amendment, placing him in direct opposition to his party leader. Clegg will take the unusual move of personally appealing to party members to back the government.
A source close to Nick Clegg said the Lib Dem leadership would not give into demands from the left wing of the party for a new approach to the economy, adding that they were confident that members would back existing austerity measures. “We want credit for the recovery”, the source said, adding that the party would not let the Tories “hoover up” positive press coverage of the UK economy’s growth.
Figures out today from estate agents Haart show that in London, the number of people getting a foot on the property ladder has soared, up by 102.4 per cent in the 12 months to August. Rightmove reveals a similar trend, predicting a rapid surge in activity this autumn, expecting prices to have risen six per cent by the end of the year.
Share:
Tags: NULL