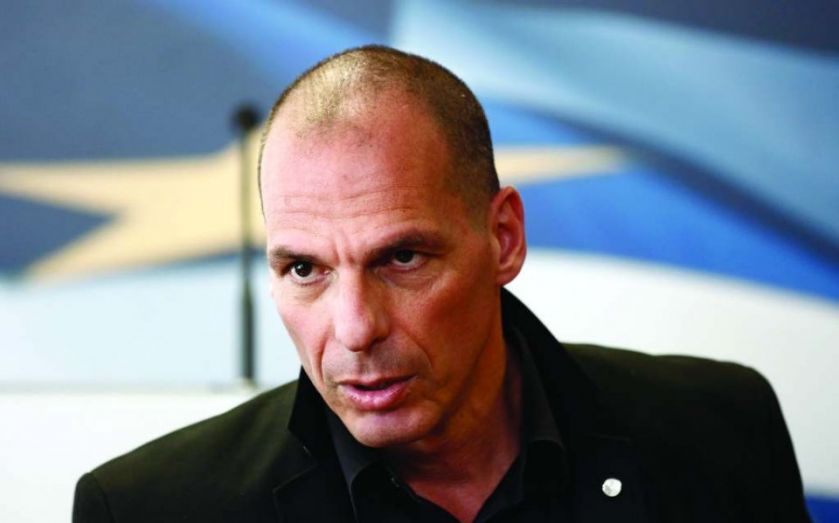 Greek politicians demanded answers from Prime Minister Alexis Tsipras yesterday after a leaked recording revealed former finance minister Yanis Varoufakis was planning to hack into government databases to help start a parallel currency.
Yesterday, the Official Monetary and Financial Institutions Forum released a recording of the conversation held between him and investors.
“We decided to hack into my minister’s own software program to copy the code of the tax system’s website onto a large computer in his office so he could work out how to design this parallel payments system,” Varoufakis can be heard saying.
“We were planning to create, surreptitiously, reserve accounts attached to every tax file number, without telling anyone, just to have this system in a function under wraps.”
Latest: Clash over Greek debt set to hinder new bailout deal
Varoufakis released a statement yesterday defending the Working Group tasked with coming up with a “plan B”, saying it would have been “remiss had it made no attempt to draw up contingency plans”.
He said he devised the plan with help from his close friend, economist James Galbraith.
However, he also said the plans were drawn up at the behest of Tsipras. It drew anger from other Greek political parties.
To Potami, which has 17 seats in Greece’s 300-seat parliament, said the plans were “reminiscent a bad thriller”. Opposition party New Democracy demanded Prime Minister Alexis Tsipras clarify his involvement.
Read more: Syriza has left Greece with a Mount Olympus to climb
Slovak finance minister Peter Kazimir, who spent five months negotiating with Varoufakis this year, expressed his anger at the revelations on twitter.
“Unveiled plans by Greece ex-FinMin Varoufakis to return to drachma during ongoing talks with us show how unpredictable he was as a partner,” he said.
“We need to make sure that such two-faced ‘games’ will be avoided when debating and drafting the third bailout package for Greece.”
Share:
Tags: Cybercrime Greek debt crisis People Yanis Varoufakis