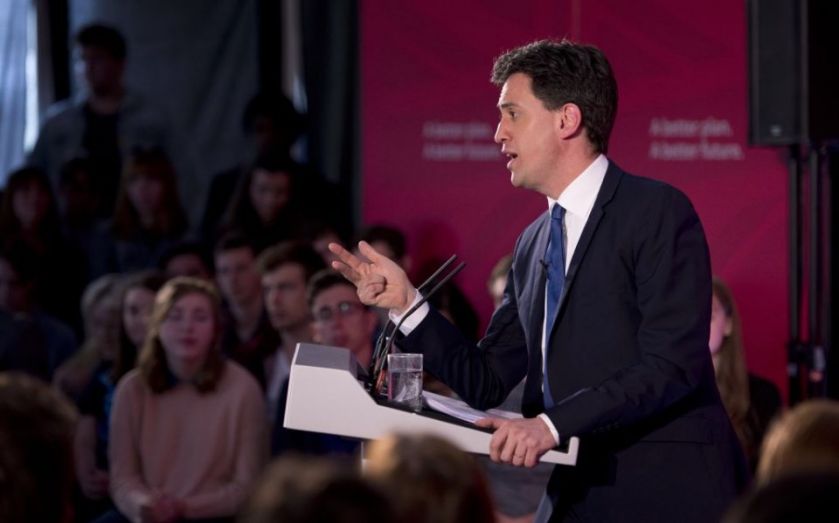 Which school of economic thought has been vindicated by the macro-economic performance of the UK over the past five years? Given that economists, historians and politicians are still busy analysing the events of the 1930s and the Keynes-Hayek debate of that period, we are unlikely to get a consensus any time soon. But while Keynesians on both sides of the Atlantic (see Paul Krugman in the US and Simon Wren-Lewis here) continue to write self-congratulatory blog posts about how effective their models have been in explaining the economic recovery – usually citing each other – in the political sphere they have overwhelmingly lost the debate. Nowhere is this clearer than in the recently published Labour manifesto.

Don’t get me wrong. I’m not saying that Labour have signed themselves up to a particularly austere programme for the coming Parliament. In fact, as the Institute for Fiscal Studies outlined last week, the party’s declared aims are vague and leave plenty of room for manoeuvre.

Labour say they want to cut the deficit every year. But given that our deficit is £90bn, this could be achieved by cutting £1 annually for 90bn years. Presumably that’s why they have reinforced this commitment by promising to balance the current budget and get net debt as a proportion of GDP falling “as soon as possible in the next Parliament”.

Leaving that aside, the significant thing in all this is that Labour has simply stopped making the case that government spending is good for our short-term macro-economic prospects. Yes, they are still committed to borrowing for capital spending in the next Parliament. But the justification is less the traditional Keynesian argument that such spending will stimulate demand and more about improving the productive capacity of the economy. Yes, they denounce the scale of the cuts the Conservatives plan. But this is articulated as a fear for the effects these might have on the quality of public services, not the macro-economic impact.

This marks a remarkable intellectual retreat. Perhaps it’s just a rhetorical change, but narrative matters. The Labour manifesto contains no critique of the coalition’s macro-economic policy whatsoever. Despite years of claiming that government fiscal consolidation was “too far, too fast”, that the “savage cuts” risked double-dip and triple-dip recessions, and that the coalition “choked off” a recovery in 2010, now the only critique of the past five years from Labour seems to be that the Conservative-led government has borrowed more than it promised. For a party that, as a matter of policy, was committed to borrowing more to “support the economy”, this is bizarre.

One might have expected the party to maintain its critique of fiscal consolidation between 2010 and 2012, but to buttress it by saying that, now the economy is recovering strongly, it is appropriate to have a moderate plan to reduce the deficit. Or to say that the government had got it wrong in implementing the capital spending cuts it inherited from Labour. Or that front-loading tax rises was a mistake. But Labour now say nothing of the sort.

Instead, they have evidently seen it necessary to completely cede or ignore this debate to restore their economic credibility given the changed economic situation. While Labour’s plans would still see higher borrowing, more debt and more capital spending than the Tories, they are unwilling or unable to make the macro-economic case for such action. In the political world, Keynesians are on the retreat.