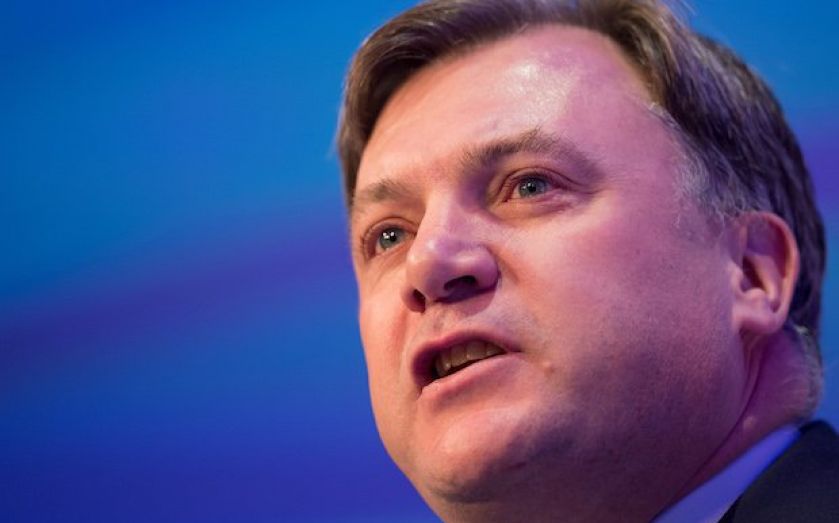 ED BALLS’S announcement that the 50 per cent top rate of income tax could make a comeback is an act of political opportunism devoid of any economic sense. Opinion polls may show that two-thirds of voters would support such a hike, but satisfying the politics of envy is a dangerous economic game. Raising the top rate to 50 per cent will seriously damage the future prosperity of the UK economy.The economic debate in the West over recent years has been all about the impact of austerity and stimulating short-term demand. Step outside the West and the story begins to reverse, with a much greater emphasis on the long-term supply-side competitiveness of economies. This is the most important debate. And central to supply-side competitiveness is tax rates and the incentive to work, save and invest.Knee-jerk populism is precisely the opposite response to what is required in the twenty-first century. The political and intellectual debate should be all about how low we can go with tax rates and how great will be the growth dividend low taxes yield. There is an increasingly powerful economic literature showing the negative trade-off between tax and growth. Politicians must plug into this and see the potential. Do they want a small economy with punishing marginal tax rates, or a much larger economy with lower rates? Sadly, I fear the shadow chancellor is happier with a smaller economy.Have we learned nothing from the recent French experience? A 50 per cent top rate is not the 75 per cent of Francois Hollande, but both figures are astonishing when you look at them in practical terms. To some of our most productive, innovative, employment-creating and enterprising people, we say hand over half or three-quarters of your income. There wouldn’t be a case to do so even if all that creativity and enterprise were entirely risk free. But all these activities are very uncertain. There really is blood, sweat, and tears in creating the level of income to be taxed at the top rate.The empirical arguments against the 50 per cent top rate are also crushing. When the top 1 per cent of taxpayers (top rate payers) already pay around 30 per cent of all income tax, the potential for diminishing returns from an even higher marginal rate is obvious. Whether it is a physical exodus, avoidance activities, or increased risk aversion and less entrepreneurship, there will be a revenue consequence for the government. Even allowing for growth, HMRC is yielding significantly more from the 45 per cent rate (around £50bn this year) than it was at 50 per cent (around £41bn in 2012-13). Net revenue implications are further complicated by top rate pension relief, which could actually increase in cost to the Exchequer as the tax rate rises.Let’s be very clear; the optimal revenue raising top rate of tax isn’t 50, 45 or even 40 per cent, it’s lower. Previous research I’ve undertaken suggests it is at most 35 per cent and probably much lower. Sure, small tweaks in tax rates, a penny off here or there, have very little impact on behaviour. Why should they? But when it comes to decisive tax rate changes of 5 percentage points, 10 percentage points or 20 percentage points, there is a strong evidence base showing powerful behavioural responses at the top-end, where changes of this magnitude have been seen over the years (e.g. the 40 per cent top rate introduced in the 1980s).One of the tragedies in the latest announcement is the timing. There has been a quiet revolution underway at HMRC and HM Treasury. The reduction in the top rate to 45 per cent was for the first time backed up by detailed modelling of dynamic supply-side effects. Indeed, the modelling showed that to go one step further, and take the top rate back down to 40 per cent, would have little or no negative revenue consequence. Re-introducing the 50 per cent top rate would kill off this revolution and confine it to a cupboard somewhere in a Treasury back office.Balls may leap to his own defence and say that any hike would be temporary, but this makes even less sense. All this would do is create a mini-boom for tax advisers devising a myriad of ways for their clients to avoid being hit in 2016.Alternatively, and more worrying, the tax philosophy of Ed Miliband (and maybe the shadow chancellor) may be to see a 50 per cent top rate as a permanent feature. In his announcement over the weekend, Balls said that it was “right” that the highest earners bore a “fairer share”. This is a philosophical and economic nonsense. Who defines fair? How fair is 1 per cent of individuals paying 30 per cent of all income tax? Fairness would be a Flat Tax with everybody paying the same rate, but contributing more in proportion to their income.If the UK is to send out a world-class competitiveness message in the twenty-first century, it needs to be clear. Labour has opened up a yawning gap between what we say to the world through top rate income tax rates and corporation tax. Unless, of course, they want to raise corporation tax rates as well.Graeme Leach is director of economics & prosperity studies at the Legatum Institute in London.