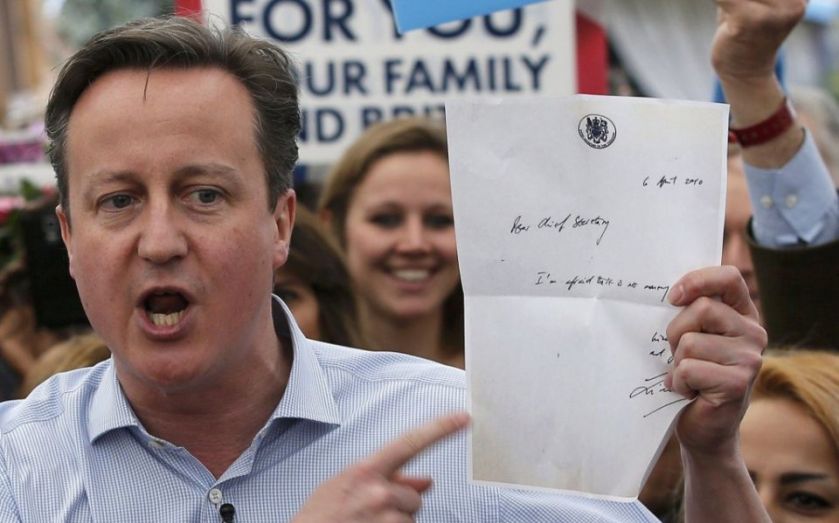 The former Labour Treasury minister behind the infamous "there is no money" letter has apologised for the gaffe, admitting it helped the Tories attack Labour's financial irresponsibility.

Liam Byrne, Treasury minister under Gordon Brown, said he had "burnt with the shame of it" since leaving the one-line letter for Liberal Democrat successor David Laws in 2010. The MP for Birmingham Hodge Hill wrote "I'm afraid there is no money", before wishing Laws "good luck!".

The letter was paraded by David Cameron during the election campaign as evidence of Labour's untrustworthiness on the economy.

Read more: Why first past the post killed Ukip

Writing in the Observer, Byrne said he was "so sorry" for letting down his party.

I am so sorry. David Cameron's daily flourish of my leaving note at the Treasury helped hurt the party I love. And offered sheer offence to so many of the people we want the chance to serve. Party members ask me: "What on earth were you thinking?" But members of the public ask: "How could you do something so crass? And so bloody offensive?"

I’ve asked myself that question every day for five years and believe me, every day I have burnt with the shame of it. Nowhere more than when standing on doorsteps with good comrades, listening to voters demanding to know what I thought I was playing at. It was always excruciating.