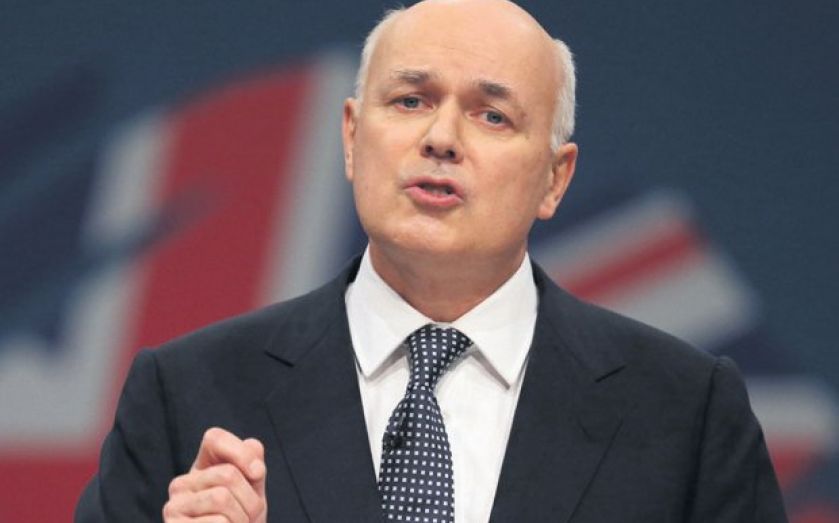 WORK and pensions secretary Iain Duncan Smith has conceded that his flagship reforms to welfare will not be in place by the existing deadline, as the chancellor reveals new government welfare policies.

As news surrounding the chancellor’s Autumn Statement dominated yesterday morning, the former Conservative party leader told the BBC that not all claimants would be enrolled by a self-imposed deadline.

Around 700,000 people currently claiming employment support allowance, a payment for ill or disabled people, will still not be moved onto the new system in four years’ time. Previously, Duncan Smith had insisted that all benefit claimants would be transferred to the scheme by the end of 2017.

The minister also admitted that the IT system for the universal credit has had to be reworked completely, after significant issues were identified with the original plans.

During yesterday’s speech, George Osborne laid out a set of new welfare policies, saying that the government would introduce a new Help to Work welfare scheme, requiring people who are unemployed and claiming benefits for two year to undertake intensive training. Osborne said that £700m will be invested in the scheme. In addition, the ongoing enterprise allowance scheme will be extended until mid-2016. The scheme is intended to help people who are out of work to set up their own businesses. A new programme will also be set up to train 18-21 year old jobseekers in English and maths, while all claimants will have to complete a community service, work experience or trainee placement after six months out of a job.