Jumanji review: Not quite a rumble in the jungle, but a good stir nonetheless 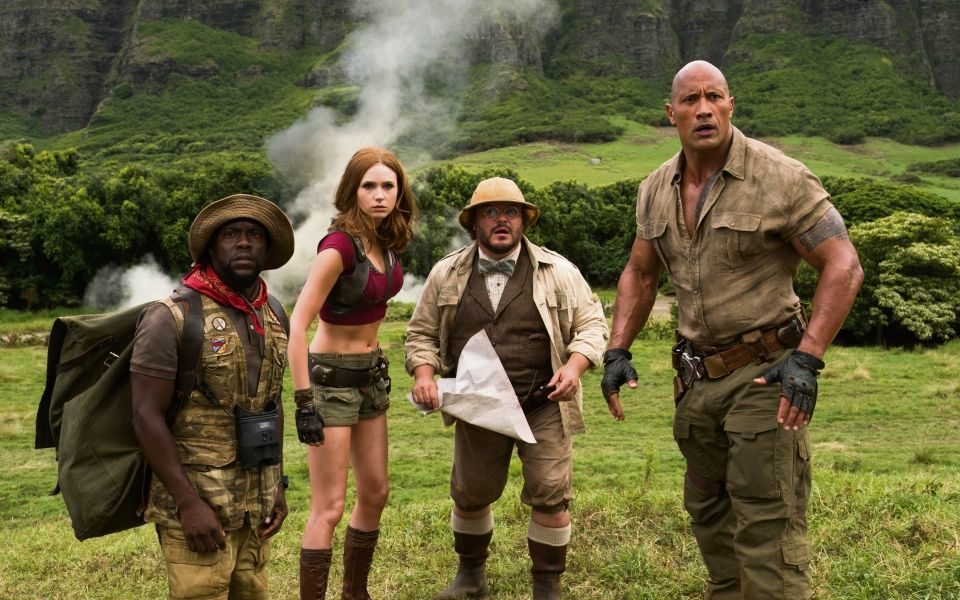 Jumanji, an entertaining enough 1995 film about rampaging jungle animals that definitely exists on a VHS cassette in your attic somewhere, embedded itself into the pop culture fabric thanks to its now-terrible, but then-mind blowing CGI effects. Effervescent clown-person Robin Williams helped too, as did the kitschy cryptic allure of the central board game’s rhyming riddles.

It also ended with a weird time paradox, in which Alan Parrish, released from the grips of the game at last, gets to redo his own childhood and subsequently prevent the death of the protagonist’s parents. But nobody remembers that bit. We just remember the utterly convincing rhinoceroses.

Fans were naturally outraged to hear a sequel to something they enjoyed was being made, and even more furious to learn that some of the basic ideas and actors have been switched around. Robin Williams remains stubbornly deceased, and so is replaced by Dwayne Johnson, Karen Gillan, Jack Black and Kevin Hart.

And Jumanji is now a videogame rather than a board game. This seems an egregious concession to modernity at first, but in fact makes a lot of sense in-universe, as when Jumanji overhears that board games are no longer the coolest distraction around it uses its potent magical energy to transform itself into a more appealing guise. Jumanji is the cursed game that wants to be played, after all.

The conceit also sets up the film’s premise. Four archetypal teens – nerdy boy, sporty boy, popular girl and shy girl – assume player characters inside the tropical gameworld of the Jumanji jungle, and through their virtual avatars come to learn lessons about themselves and one another. There’s plenty of comedy in the mismatched body swaps, and the four actors throw themselves into the Freaky Fridayness of it all. Especially silly is a flouncing, hair-flicking Jack Black as the self-absorbed, Instagram-addicted Bethany, who realises that “since losing my phone, I feel like my other senses have heightened”.

It’s simple enough fun that, in the end, doesn’t lean all that heavily on gaming tropes. A decent smattering of gags keeps everything afloat until the credits roll, while star power and goofy chemistry make for a passable adventure in the jungle. And, just to be very clear, board games are cool again. I’d like to see a film in which Jumanji takes the form of Cards Against Humanity, or at least a malevolent Buckaroo.