Before George Osborne even posed for the cameras with Budget box in hand, the pre-Budget buzz on Twitter had already reached 200 tweets per minute – then when he stepped up to the despatch box, that rocketed to more than 1,000 tweets per minute.

The biggest talking point of the day was the student maintenance grant, followed by welfare and the living wage, according to Brandwatch research. 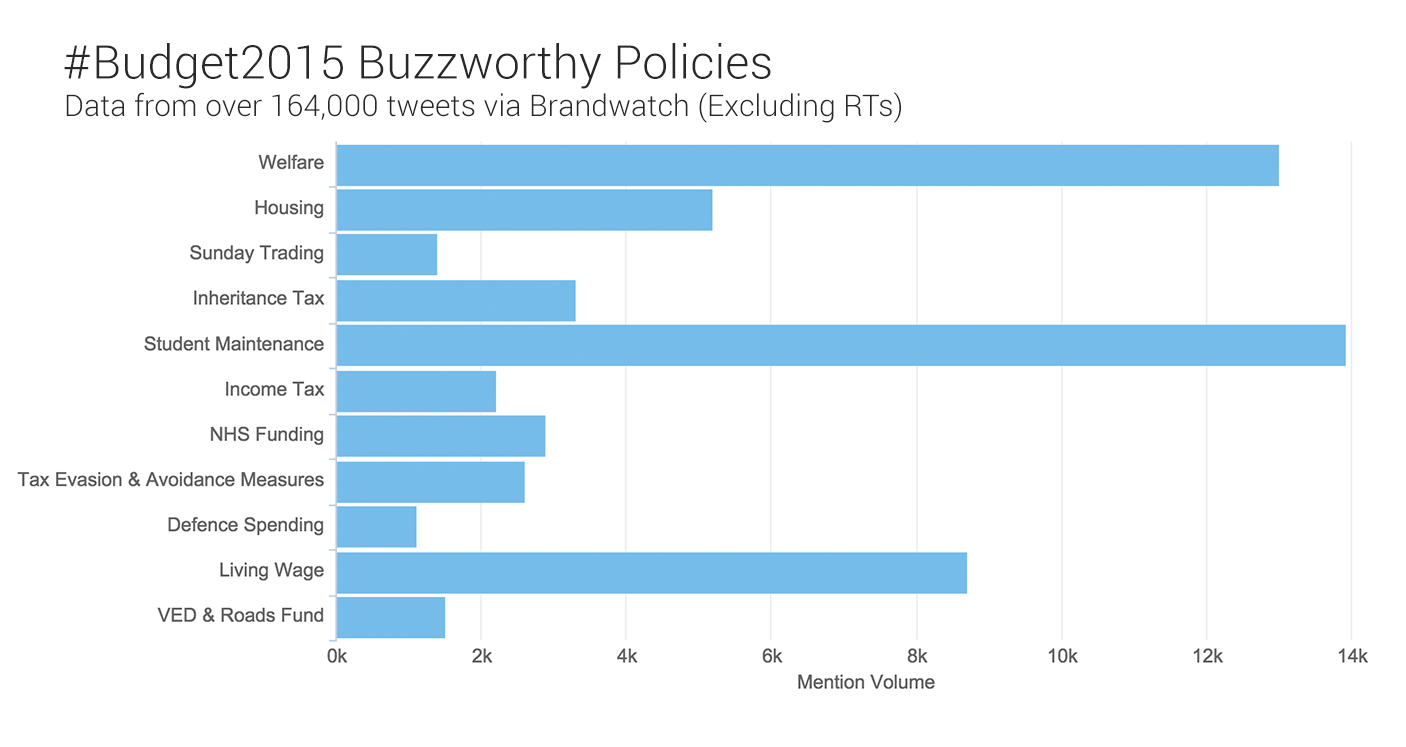 Before the chancellor's speech kicked off, it was welfare that was the biggest conversation starter, followed by housing and Sunday trading, issues all heavily trailed by the government in the run-up to today's Budget speech.

And here's how the government's new policies were received, measuring whether tweets were positive or negative, based on more than 150,000 tweets mentioning the Budget, using the hashtags #Budget2015 and #SummerBudget,

Meanwhile, the most popular tweets were largely of the comedy sort, and the Lib Dem press office got this zinger in early.

No child support for a 3rd child…..got that? #budget2015 pic.twitter.com/SKjZhcJra7

Bold move from George Osborne to use actual peasant blood on the new #budget2015 pic.twitter.com/XOVEEqmlkO