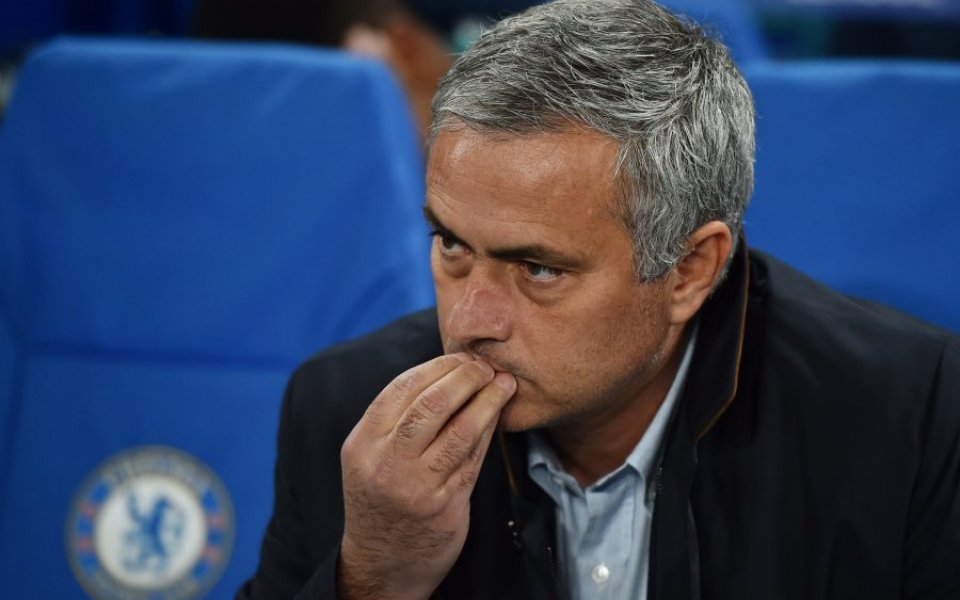 When Mourinho returned to Chelsea in the summer of 2013, the Portuguese cut a more compromising figure than the brash and arrogant figure who arrived at Stamford Bridge in 2004.

He described himself as “the Happy One” and insisted he aimed to see out a four-year contract which was subsequently extended this summer to 2019. Talk of building a lasting legacy marked a clear departure for a manager who had previously never stayed at a club for longer than three seasons.

His departure yesterday saw that ambition brought to an abrupt end and poses the question: Are managerial dynasties at the top clubs in Europe an outdated concept in the corporate modern game?

Read more: Who will Chelsea choose to replace Mourinho?

It has long been advocated that managers should be given time to build a team and develop a style of play. The true test of a manager’s ability would be to rebuild the team and sustain continuous success for the club. Sir Alex Ferguson is the ultimate example with his unprecedented success at Manchester United over his 27 years while Arsene Wenger, who has spent 19 years at Arsenal, is the most prominent example currently working in the Premier League. 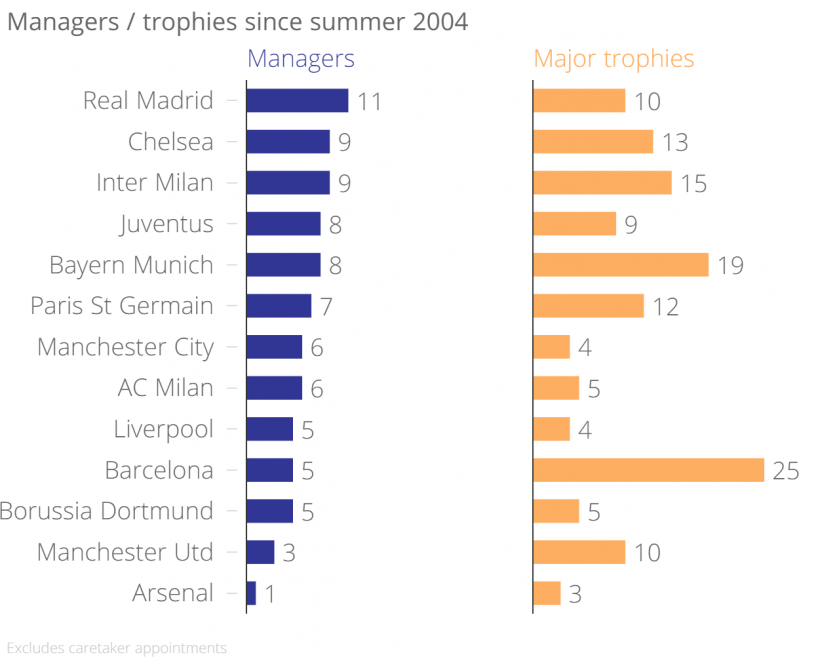 With hundreds of millions of pounds in revenue at stake, billion dollar broadcasting deals and a global audience to attract, short-term decisions by club owners to maintain a seat at the top table will trump any more long-term desire to see a dynasty developed.

As the above table demonstrates, the continuous merry go round of managers at top clubs doesn’t seem to have stopped the flow of trophies at major clubs. Chelsea have been the most successful club in England since 2004 with thirteen trophies, despite going through nine managers over the same period, while Arsenal who have only had one manager are lagging well behind with only three trophies.

With club owners taking a short term approach to managerial appointments, there is an ever-increasing trend for managers to view themselves as global players in the game, moving between clubs after two to three seasons to enhance their CVs and to test themselves at the top in different countries with differing approaches to the game.

So, it would appear that the dynasties of Shankly, Revie, Clough & Ferguson are unlikely ever to be repeated in football's modern, commercial and results-driven world – no matter how "special" you may be.