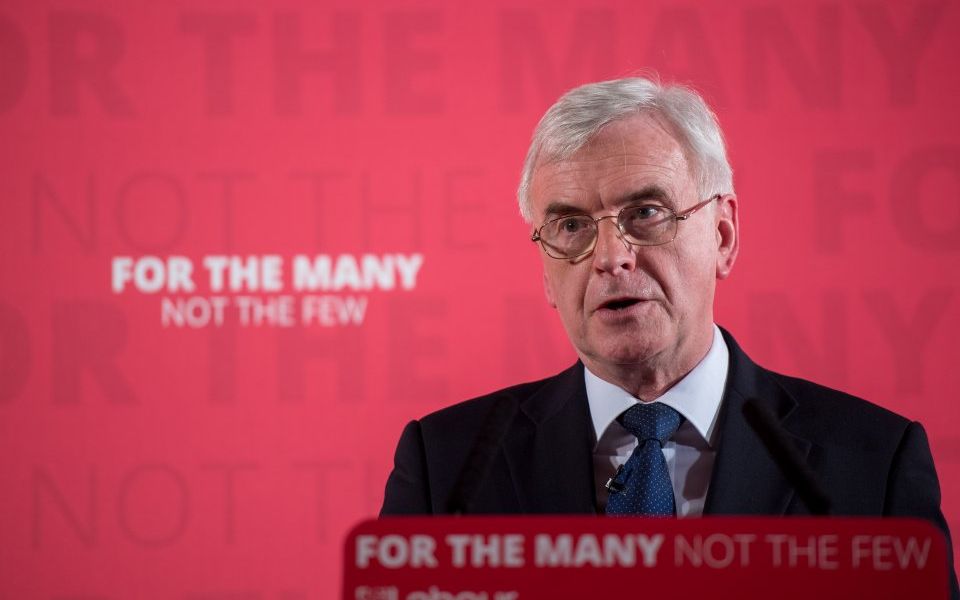 Britain's railways could be taken back into public hands within five years if Labour wins the next general election, according to shadow chancellor John McDonnell.

Ahead of Labour’s party conference which starts tomorrow, John McDonnell told the BBC he was looking at the possibility of breaking clauses in contracts to allow rail franchises to be nationalised before they expired.

He also said there were plans a new unit in the Treasury to oversee the party's wider nationalisation agenda.

It is the latest radical pledge to reform a major British industry from the shadow chancellor, who vowed yesterday to end what he described as a "cartel" among the country's Big Four accountancy firms.

The news comes several days after the rail regulator, the Office of Rail and Road (ORR), published the review that transport secretary Chris Grayling ordered in the summer when the full scale of the damage caused by the timetable overhaul became clear.

Read more: Chris Grayling urges the EU to soften its stance on the Irish border

The review found that the government, regulators Network Rail were all part of a comedy of errors that led to the chaos. Stephen Glaister, who led the review, said "nobody took charge" and that the industry failed to warn passengers about the risk of disruption.

Earlier this week London mayor Sadiq Khan joined calls for the railways to be re-nationalised, telling City A.M. that "privatisation has been a failure".

"All the evidence is there," he said. "Look at East Coast. The franchise has come to an end – that’s an opportunity for us to take over these lines."

Late last month government plans for a sweeping review of the UK’s rail franchising system emerged, as Downing Street hunts for a way to solve the country’s transport woes without abandoning the use of private operators.

Several sources confirmed to City A.M. that Theresa May is strongly considering a review into the UK’s train networks, which is likely to be the biggest of its kind since the privatisation of British Rail more than two decades ago, following the East Coast franchise collapse in May.

The failures of the East Coast line, which was run jointly by Stagecoach and Virgin Group, has fueled demands for the country’s railways to be taken back into public hands.

However, according to rumours first reported in the Financial Times, Downing Street has now authorised a review which would examine how to improve the railways while avoiding Labour party calls for full-scale nationalisation.