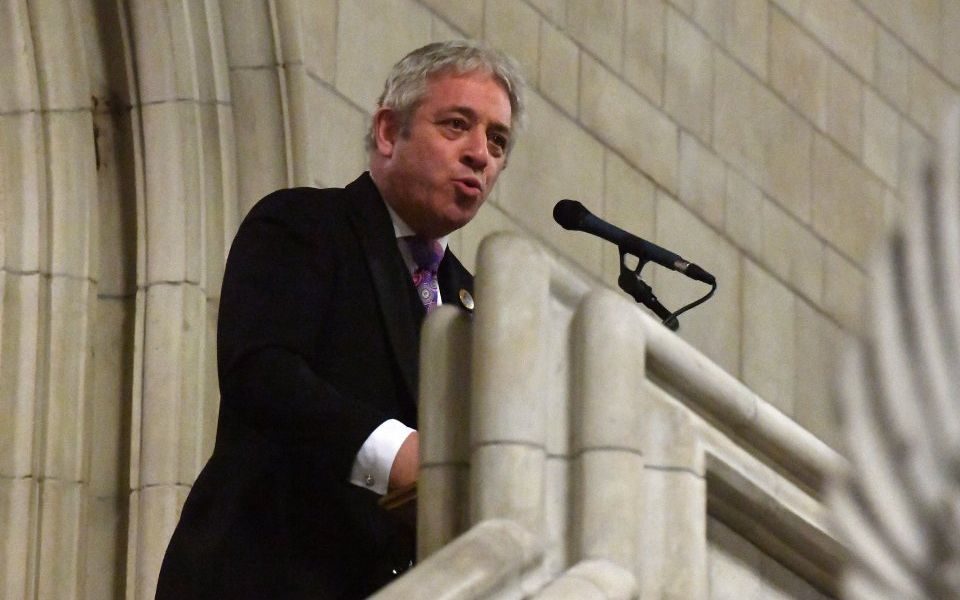 Theresa May suffered yet another defeat over Brexit on Wednesday after a furious row erupted between Tory MPs and Commons Speaker John Bercow.

Bercow was accused of not being impartial after accepting an amendment which would force the government to publish its Brexit ‘plan B’ within three days of a defeat on its deal, not the previously agreed 21 days.

Many Brexiter MPs were furious with Bercow, believing it was effectively unconstitutional to allow a business motion – which sets out what MPs are about to debate and vote on – to be amended.

Bercow himself seemed to acknowledge the move was highly unorthodox, telling MPs: “If we only went by precedent, manifestly nothing would ever change."

While no debate was allowed on the amendment, which had been put forward by former Tory Attorney General Dominic Grieve, MPs spent more than an hour raising points of order in the Commons to challenge the Speaker on his decision.

One of the most angry interventions came from Mark Francois, Conservative MP for Rayleigh and Wickford and a repeated critic of Bercow.

The Speaker denied Francois’s claim he was “overriding” a motion of the Commons by allowing the amendment, prompting the Tory backbencher to claim Bercow was engaging in “sophistry”.

He then shouted the move was an “absolute disgrace”.

Leader of the Commons Andrea Leadsom challenged Bercow to publish any advice he had received from his clerks – prompting an eruption from Labour MPs who pointed out the government’s own attempts to keep the legal advice it had received on Brexit private.

Another Conservative MP, Reigate’s Crispin Blunt, also attacked Bercow, saying many MPs had reached the “uncomfortable conclusion” that the “referee is no longer neutral.”

David Morris, Conservative MP for Morecambe, had to be told to sit down by his colleagues as he angrily tried to remonstrate with the Speaker.

There were some defenders of Bercow on the government benches, with veteran MP Ken Clarke claiming some his colleagues should “don a yellow jacked and go outside” – a reference to the band of protestors who had harassed MPs and journalists in recent weeks.

Numerous Labour MPs also came to his defence, with Labour MP Chuka Umunna tweeting: "In the Commons chamber now watching the spectacle of a bunch of Tory MPs, who argued for Brexit to reassert Parliamentary sovereignty, now objecting to the Speaker selecting a motion to be voted on that would empower the House of Commons.

"An ugly, lorry load of hypocrisy."