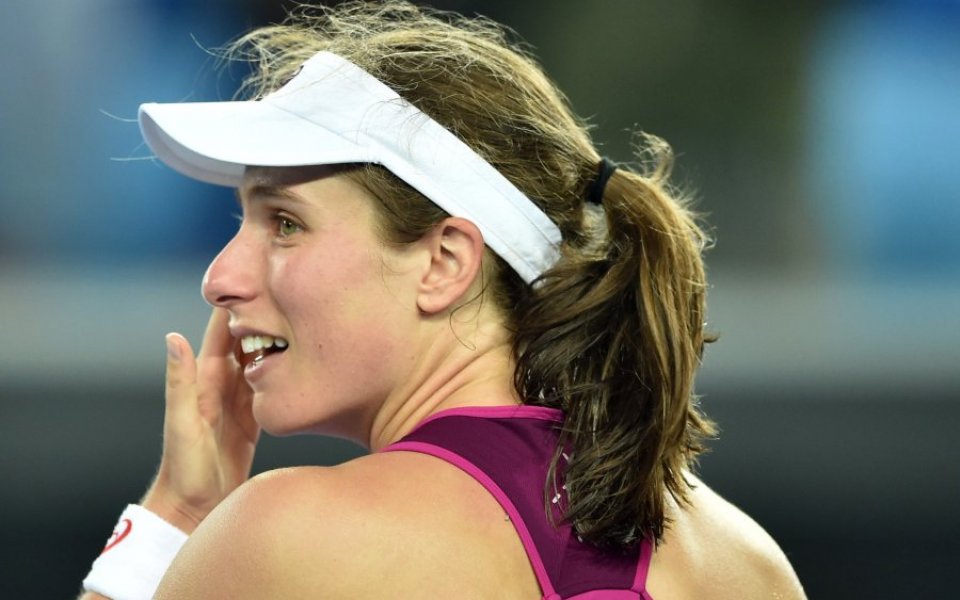 British tennis sensation Jo Konta has increased her career earnings by more than 50 per cent after beating China's Shuai Zhang 6-4 6-1 in the Australian Open quarter-final.

Six months ago, the 24-year-old had earned just over $500,000 in prize money from a professional career that extended back to 2008.

Yet a remarkable run of form in recent months has seen the British No1 move into the top 50 for the first time, win two titles, record the two best Grand Slam performances of her career so far and more than double her career earnings.

This time in 2014, Konta, then ranked No114 in the world, made just $200 from a minor event in Sunderland which she entered after being dumped out of the Australian Open in the second qualifying stage.

But fast-forward two years and the rising star has already made more than $500,000 this year thanks to her exploits in Melbourne.

January's not yet over, but already Konta has pocketed more in prize money than she made in the entirety of last year alone when she earned $412,141. 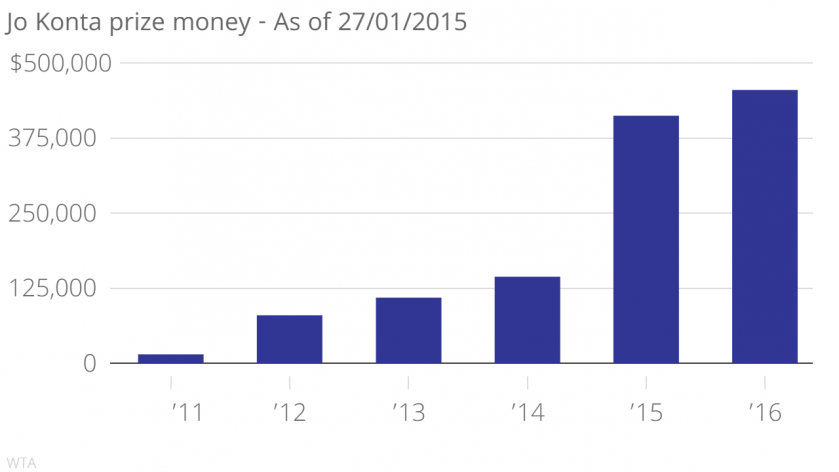 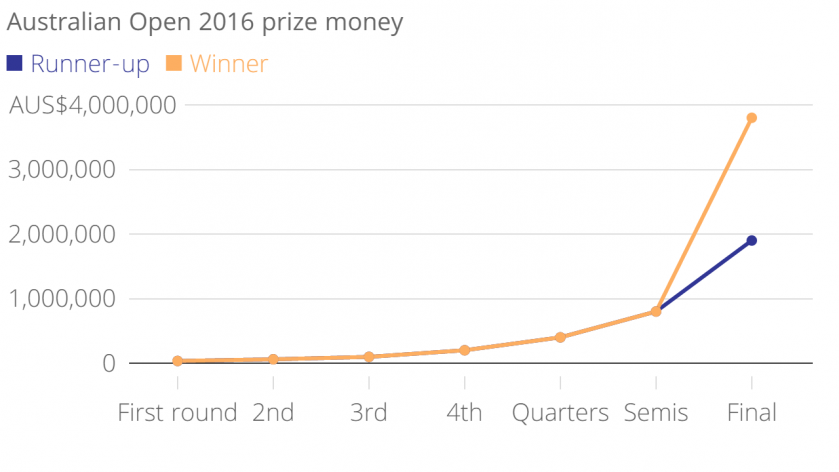 Yet she has now made over half that total in the last two weeks and could more than double it with a victory in her  semi-final against German seventh seed Angelique Kerber.

The Australian-born player entered the top 50 in the WTA rankings last October following a remarkable run of form in the second half of the year that included a run of 21 wins from 22 matches.