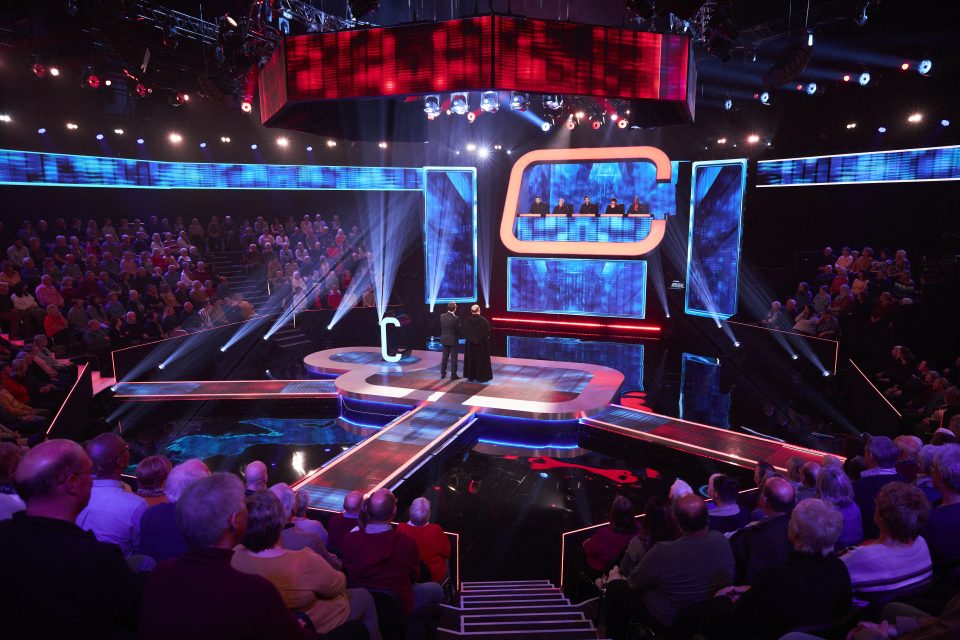 ITV has warned of a slump in advertising revenue for April as the coronavirus crisis ravages the broadcaster’s business model.

ITV’s total revenue fell seven per cent in the first quarter to £694m as the pandemic began to take its toll.

Revenue from ITV Studios dropped 11 per cent as the company was forced to phase deliveries and social distancing measures caused a shutdown in production.

Total advertising was up two per cent over the three months — in line with expectations — with online revenue jumping 26 per cent.

But the broadcaster warned advertising had crashed 42 per cent in April as brands pulled their campaigns as a result of the economic downturn.

Over the course of a full year, a one per cent decline in advertising revenue reduces total revenue and profit by roughly £17m.

The figures highlight the extent of the challenge for the public service broadcaster as it struggles to produce new shows and fill advertising slots.

The company said total viewing was up two per cent over the period — with its online audience surging 75 per cent — as Brits turned to the broadcaster for news and entertainment during the lockdown.

But the firm has been unable to capitalise on the additional views as businesses across the country have slashed advertising budgets during the crisis.

In addition, ITV has been left with large gaps in its schedule due to cancellations, including lucrative events such as Euro 2020, Love Island and the new James Bond film.

“The scale of the drop last month suggests a very widespread contraction in confidence among advertisers that their ads will be met with demand from viewers,” he said.

Despite the bleak outlook, shares in ITV were up more than five per cent in early trading on hopes that the downturn would be short-lived.

Richard Hunter, head of markets at interactive investor, said ITV had been quick to react to the crisis and had “cut its cloth accordingly”.

“ITV will be hoping that however deep a recession may be, it is equally brief which could enable revenues to recover quickly,” he said.

“Although the company itself has withdrawn guidance for the immediate future, the market is optimistic on recovery prospects, with the general view of the shares as a buy remaining intact.”

ITV has already rolled out a number of cost-cutting measures in a bid to save £60m over the year, including a £100m reduction to its programming budget to around £1bn.

The company has furloughed around 800 employees — roughly 15 per cent of its workforce — and implemented a 20 per cent pay cut for bosses.

ITV, which withdrew its full-year dividend earlier this year, said it would not give guidance for the rest of the year due to continued uncertainty.

“ITV has taken swift and decisive action to manage and mitigate the impact of Covid-19, by focusing on our people and their safety, and by continuing to reduce costs and tightly manage our cashflow and liquidity,” said ITV boss Carolyn McCall.

“We are also ensuring that we continue to inform and entertain our viewers and stay close to our advertisers.”

The broadcaster said it was planning a phased return to office work in line with government guidelines and was in discussions with ministers about how to resume production.

Filming was this week resumed on Loose Women, while production has restarted on The Chase and The Voice in Australia.

ITV has also been focusing efforts on its new Britbox streaming service after launching a distribution deal with EE.

The company said it had seen “good growth” for free trial starts and subscription for the platform, which now includes content from Channel 4 as well as ITV and the BBC.