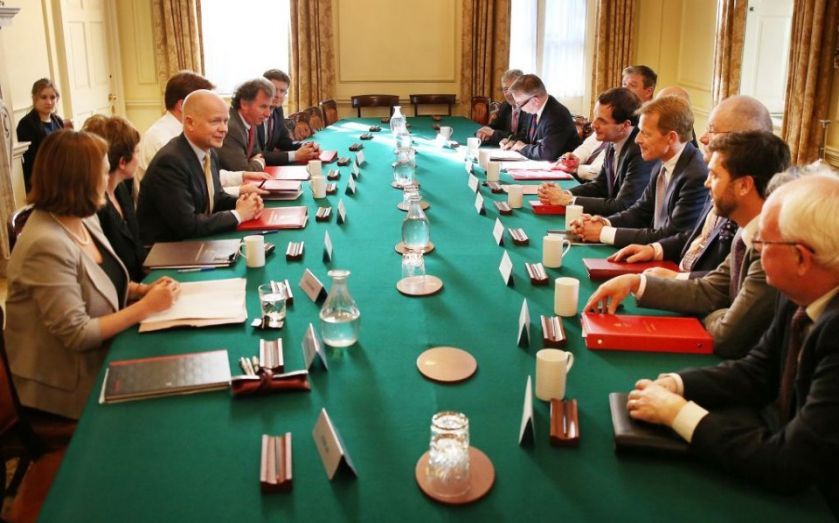 In all the sound and fury of the coming election, it’s important not to forget the areas where the parties agree. This includes support for much greater “localism” and devolution of power from central government – and not just to Scotland. One example is George Osborne’s support for an elected Manchester “super mayor”, a move strongly backed by Labour.

But the effect much greater devolution of central government power will have on fiscal policy and the prospects for economic growth has been barely discussed. The impact is likely to depend on whether the newly-empowered local authorities have to raise their own revenue, or are funded with a corrupting mixture of grants and bailouts from the centre; whether adequate precautions are taken to prevent regulatory barriers breaking up the British “single market”; and whether there are clear lines of accountability, rather than multiple, conflicting and opaque tiers of regulation.

Too often, devolution has been treated as being purely about questions of identity, with no implications for conventional economic issues, or as being an obviously “good” or “bad” thing. Too little attention is paid to the differences between the devolved institutions that help make Switzerland such an enduring success and those that make Brazil so dysfunctional.

The difference often comes down to horizontal versus vertical competition.

Horizontal competition is what we are used to between businesses in free markets: local authorities compete with each other to attract residents, taxpayers and investment by offering the best mix of low costs and quality services. Vertical competition has been characterised as more like a series of toll stations along a river: each authority competes to extract as much money as they can, knowing that the consequences in terms of reduced traffic will be spread across all the different tiers of government.

In short, it is dangerous to have revenue coming from the national taxpayer (in the form of centrally-allocated grants) but the spending determined locally. It is hard to think of a better way to encourage wasteful spending, and it means local politicians won’t have a proper incentive to support local economic development. Unsurprisingly, the international empirical evidence suggests that centralisation of tax raising is associated with lower economic growth.

The solution is to have as much local spending as possible paid for by local taxation. This could be achieved relatively easily in parts of Britain that are net contributors to the Exchequer, like the South East. In a country as diverse as the UK, of course, redistribution to poorer areas is likely to continue. However, funding for local authorities from taxpayers across the country should be dependent on a credible plan for recovery, and not used to support permanent dependence on bailouts from central government. Having to give up some of their autonomy in return for grants will also create a solid incentive for local politicians to support economic development, which will in turn give them more independence.

There is a great deal of talk about the supposed threat to British access to the European single market. The imminent threat to the British single market, meanwhile, is almost ignored. A heavily-devolved UK would run the risk of local authorities trying to game the regulatory rules by creating barriers to “outsiders”. This could involve overt protectionism, with taxes levied on businesses from outside the area, or a subtler process, perhaps through the enactment of regulatory standards that make it harder for national players to compete. Some equivalent of those EU rules which prohibit such short-sighted mercantilism is likely to be necessary.

There is also a risk of the same policy areas being regulated by two or more tiers of government. Two-tier regulation is problematic, as it encourages additional regulation by local authorities but not deregulation. And local and national regulations are likely to work together in ways that make the combination worse than if either were enacted separately. One example is when local governments pass regulations in order to manipulate national rules.

The decentralisation of Britain’s exceptionally centralised politics would offer enormous economic opportunities. Having local people pay for services through their local taxes would encourage more responsible spending. Localism also has a huge potential to produce and then spread beneficial innovations in government. An example in London is Wandsworth Council’s success in reducing the cost of public services and council tax, which has forced other boroughs to compete.

But it’s key that powers are devolved from central government in the right way. The impact of the design of devolution on economic policy should be central to our debate on the subject, not an afterthought.