London's General Election: Isle of political dog fights - battle for Poplar and Limehouse at the edge of the City 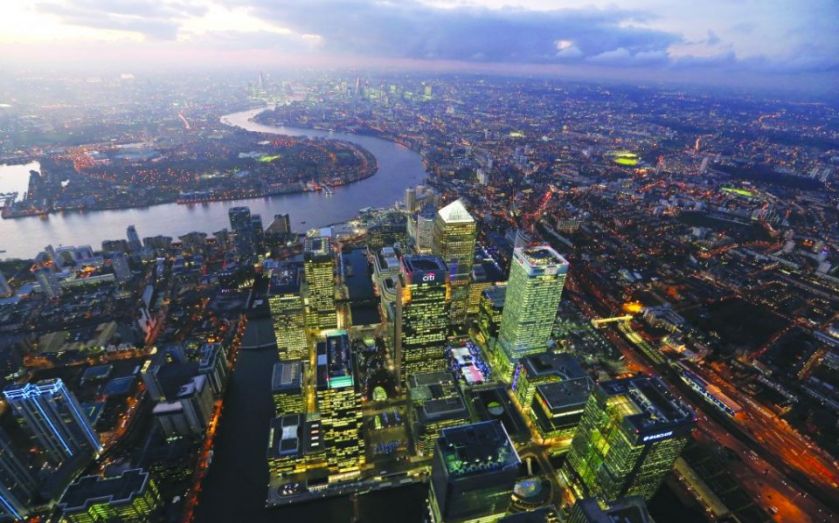 A council estate in the East End is not exactly what you envisage as a typical Tory heartland. But on the Isle of Dogs, in the shadow of the financial district, Conservative General Election candidate Chris Wilford is leading an insurgency he hopes one day will make it so.
His is a rebellion triggered by a local political scandal of national interest, in an area whose demography is shifting at breakneck speed.
That combination of Canary Wharf and the council estates, where Wilford is handing supporters window posters, makes for a heady mix. “It’s fascinating”, he says.
“It’s the changing face of the area with the development that’s going. We need to have sustainable development.” Wilford explains.“It’s the changing in the face of the community. Old, white British people mixing with British Bangladeshis and now young professionals and old professionals in the mix as well.”

The Poplar and Limehouse constituency  that Wilford is running in, represented in the last Parliament by Labour’s Jim Fitzpatrick, is increasingly connected to the City by more than just the DLR train line.
“There has been progress” says Wilford. “People like Canary Wharf Group have reached out. Many of the larger banks and other institutions, they do a lot of reaching out to the community, funding youth groups, or teaching young people to code, and providing a platform for many of their workers to get involved.”
Inevitably though there must be some tension from the more traditional residents of the island, who look enviously at the shining towers across the wharf?
“A lot of the rhetoric that some of the local politicians use against some of the big financial services people, I think it isn’t helpful. It creates a mentality of us versus them”
The recent scandal surrounding ousted Tower Hamlets mayor Lutfur Rahman has not helped in building a cohesive community either.
One Conservative supporting resident told City A.M. of the intimidation she felt from members of the his Tower Hamlets First group.
Local Conservative politicians are keen to highlight the legal fight they engaged in to eventually bring Rahman to justice, (reports suggest Rahman may appeal a decision to ban him from the electoral register.)
But Poplar and Limehouse will, in all likelihood, return Labour’s Fitzpatrick to Parliament next week. Polls indicate his 6,030 majority not being overturned this time around.
But Wilford and his team’s determination to do community politics, in what is a febrile political environment, has put them in play in a rather unexpected area.
[custom id="1"]
Share
Tags: General Election 2015