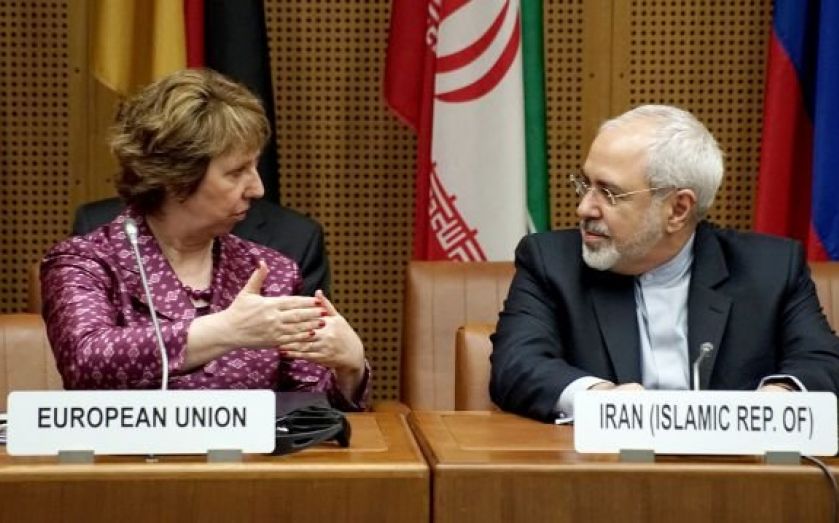 Iran has agreed to reduce the number of its uranium enrichment centrifuges during negotiations in Vienna, but officials say the concession will not be enough.
The talks, which involve Iran, the United States, Britain, France, Germany, Russia and China, are aimed at helping the world powers come to an agreement on Iran's contested nuclear enrichment program.
In exchange for a relaxation of sanctions imposed by other countries, Iran is being encouraged to limit its plans for enrichment. One key topic in the decade-long debate has been uranium enrichment centrifuges, which Iran says it needs 5,000 of in order to develop its strictly civilian nuclear energy program.
Some Western powers do not believe that this number of centrifuges is necessary for the stated purpose, raising concerns among them that the country is in fact developing a nuclear-weapons capability. Iran denies this allegation.
"Iran needs at least 50,000 centrifuges and not 49,999," an Iranian official said yesterday. "We will not compromise on that … The other party is talking about a few thousands and this is unacceptable for Iran."
Marking a sudden change in sentiment, however, today Iran agreed to reduce the number of its centrifuges. But others at the negotiating table say the proposed reduction is not enough. "Iran has reduced the number of centrifuges it wants but the number is still unacceptably high," a Western diplomat told Reuters.
Both John Kerry, US Secretary of State, and William Hague, British Foreign Secretary, have stated that they will not accept a deal that does not go far enough. In an article for the Washington Post, Mr Kerry wrote that Iran's "public optimism about the potential outcome of these negotiations has not been matched, to date, by the positions they have articulated behind closed doors".
Earlier this week, Mr Hague reiterated Mr Kerry's opinion in a statement. "We will not accept a deal at any price," he said. "A deal that does not provide sufficient assurances that Iran will not develop a nuclear weapon is not in the interests of the UK, the region or the international community."
The talks are due to end on 15 July: five days before the self-imposed deadline for coming to an agreement.
Share