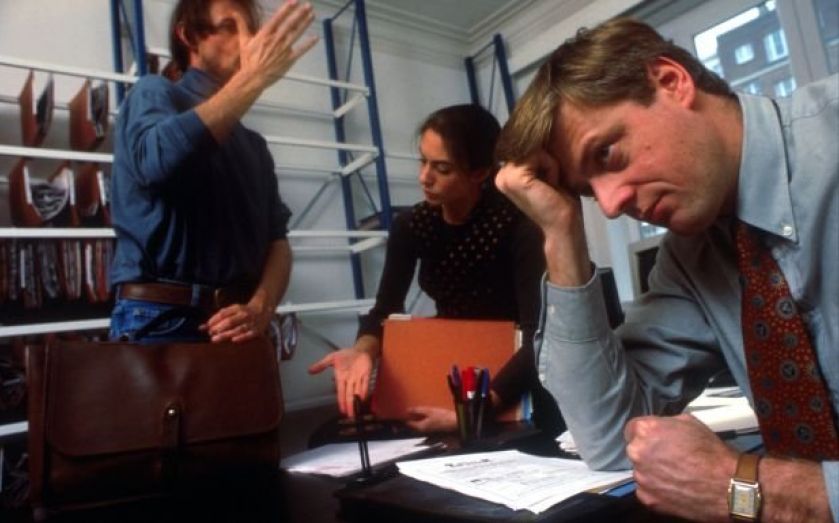 The more you're interrupted at work, the worse you perform, according to a study published by the Human Factors and Ergonomics Society.
Called “Do Interruptions Affect Quality of Work?”, it shows that the typical employee in an office environment is interrupted up to six times every hour, and that this is detrimental to their performance.
"People don't realise how disruptive interruptions can be," says Cyrus Foroughi, PhD student and co-author of the study. "There is value in determining whether interruptions affect the quality of the tasks that many people perform regularly, such as writing essays or reports."
The researchers used an essay project to assess how varying levels of interruption affected writing quality on two sets of participants. Both were given the same amount of time to outline and write an essay on an assigned topic, but one set was interrupted multiple times with an unrelated task while the other was not interrupted at all.
When the essays were graded on a numbered scale by a group of independent graders, they found that the quality of the essays completed by the participants who were interrupted was significantly lower than the essays of those who were left in peace.
In addition, the participants who were interrupted wrote considerably fewer words during the time period.
Foroughi believes that while we are often required to multi-task and juggle multiple projects throughout the working day, we should minimise unnecessary interruptions wherever possible. "Interruption can cause a noticeable decrement in the quality of work, so it's important to take steps to reduce the number of external interruptions we encounter daily," he says. "For example, turn off your cell phone and disable notifications such as e-mail while trying to complete an important task."
Share:
Tags: NULL