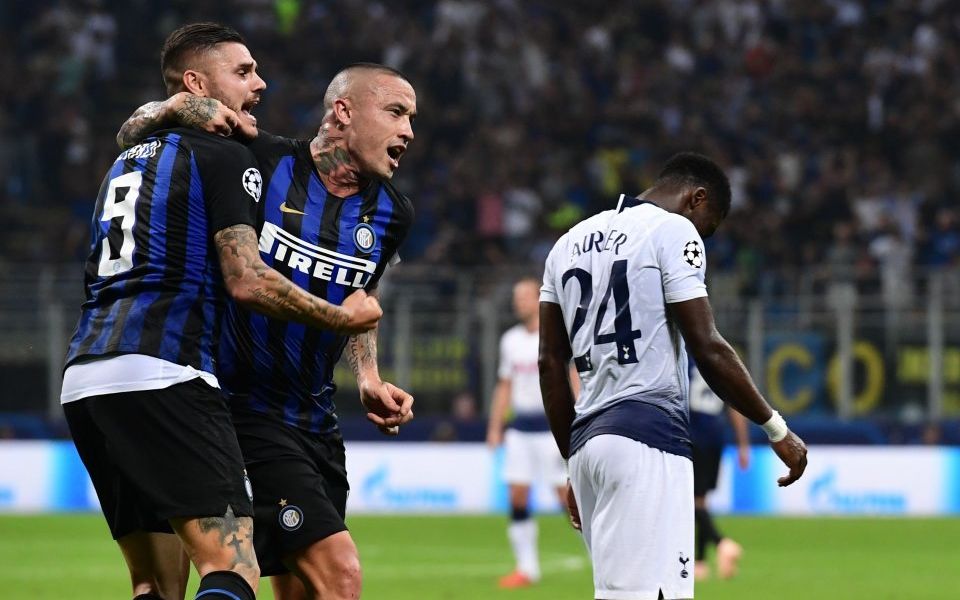 Tottenham had looked comfortable for the majority of their opening Champions League tie against Inter Milan at the San Siro.

But Inter produced a grand-stand finish, with Mauro Icardi volleying in an equaliser after Christian Eriksen’s opener and Matias Vecino’s injury-time header completing the smash-and-grab.

The drama means Tottenham have now lost three games in a row for the first time under Mauricio Pochettino.

Here’s what we learned from a frenetic night in Milan.

It has been the case for some time, but Eriksen is absolutely crucial to Tottenham.

With Dele Alli injured the Dane carried the creative weight on his shoulders. 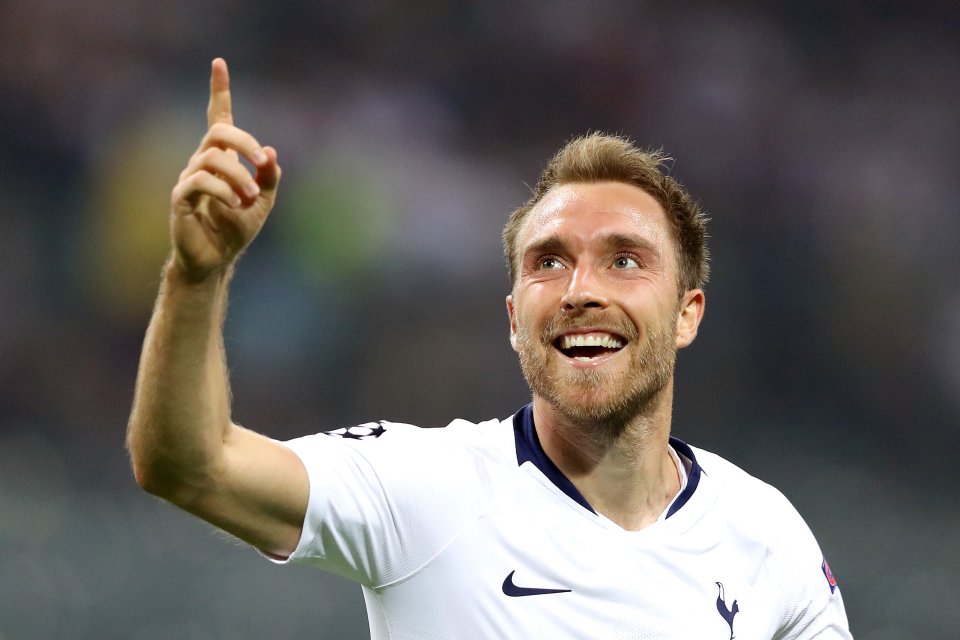 Christian Eriksen was Spurs' most creative player and scored their opener (Source: Getty)

His goal – a heavily deflected strike – may have been fortunate, but it was fashioned because of his previous low drive which Handanovic kept out.

If Eriksen was the stand-out for Spurs on a night of disappointment, then right-back Aurier was a close second.

Given the chance with Kieran Trippier not travelling to the San Siro, the French full-back grabbed it with a disciplined and enterprising performance. 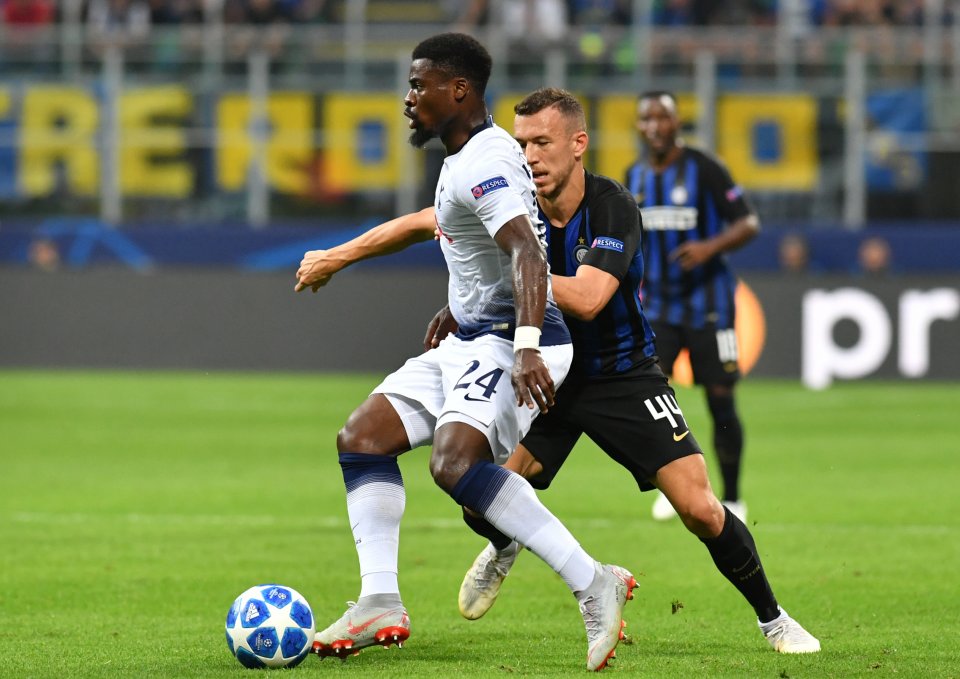 Many scoffed at Pochettino’s “technical reasons” for not bringing Trippier and Toby Alderweireld to Italy but the former was certainly not missed.

Aurier’s pace and freshness provided a constant threat on the right, but he did not neglect his defensive duties, doing well to keep World Cup star Ivan Perisic quiet.

But ultimately the storyline of the match was written in the final 10 minutes as Inter turned up the pressure and Spurs crumbled.

Centre-backs Jan Vertonghen and Davinson Sanchez were both booked after getting themselves into trouble and failed to keep the blue and black tide at bay. 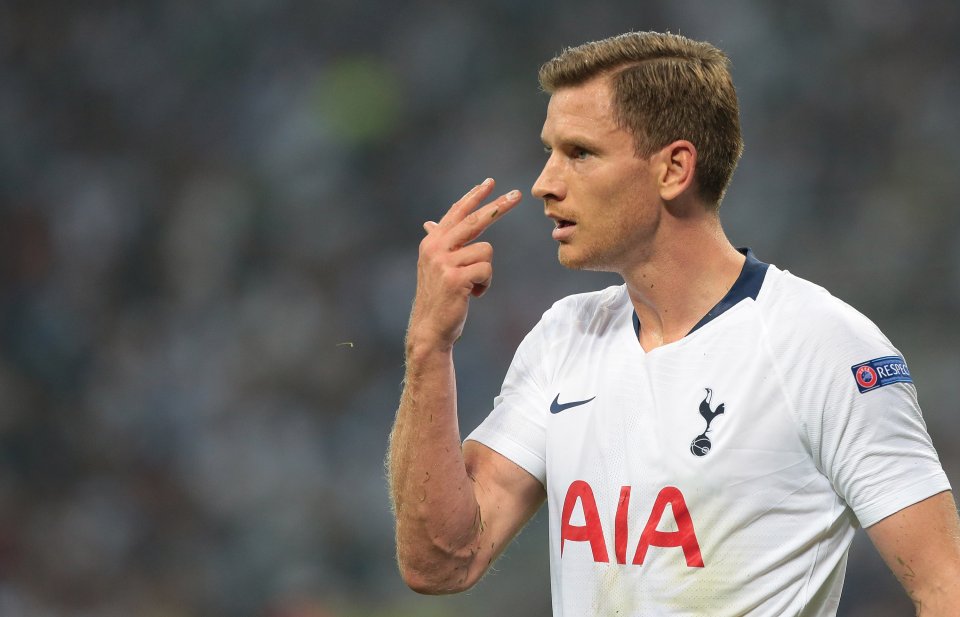 Jan Vertonghen was booked and wasn't at his best at the back (Source: Getty)

While the late onslaught came out of the blue, there were signs of Spurs allowing it to.

The protection Eric Dier and Mousa Dembele afforded at the base of midfield was bypassed at times to expose the back-four, while their was also some sloppy passing out of the defensive third.

Spurs playing their way into trouble

Pochettino will have been unhappy to see a continuation of the factor which irritated him during Spurs’ 2-1 defeat by Liverpool on Saturday.

Tottenham, and in particular stand-in goalkeeper Michel Vorm, do not look particularly comfortable when playing out from the back after a dead ball. 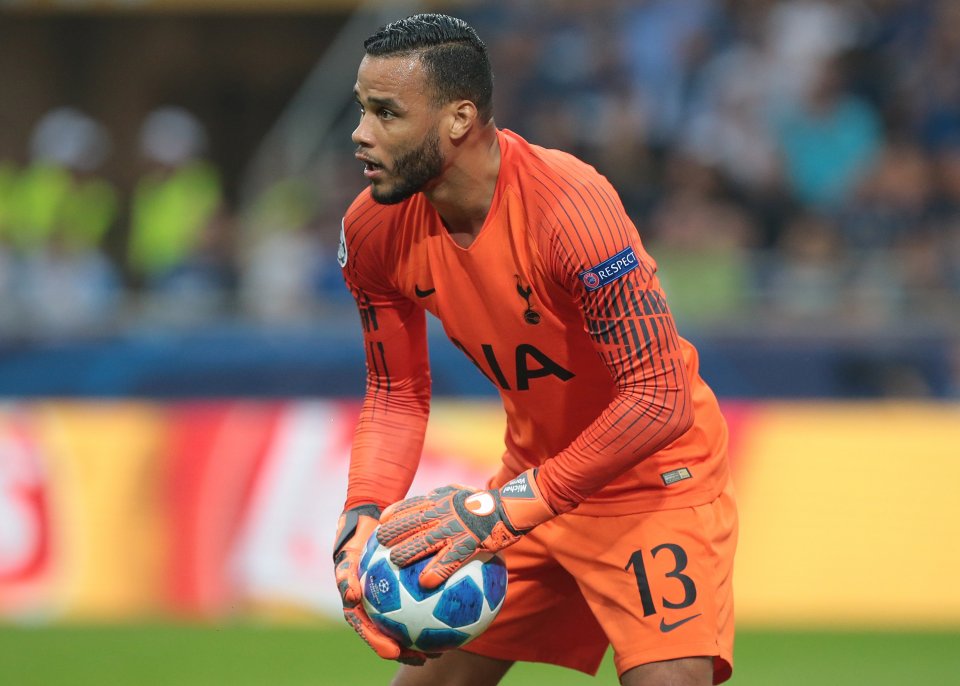 Although he couldn't do much about the two goals, Michel Vorm didn't look comfortable once again (Source: Getty)

Vorm, who was arguably at fault for both Liverpool goals three days ago, nearly got himself into more trouble midway through the second half but was fortunate to earn a free-kick.

They seemed to learn their lesson, frequently kicking long as the minutes ticked away, but Pochettino and his players need to tighten up and stop inviting pressure.

Kane’s hold-up play was admirable, but the one-on-one with Handanovic should have been taken, while Erik Lamela and substitute Lucas Moura linked up well on a few occasions, but could not double the lead.

Moura, the brightest spark of the season so far, threatened on left-hand side late on, but Spurs couldn’t land the knock-out blow and they were punished. 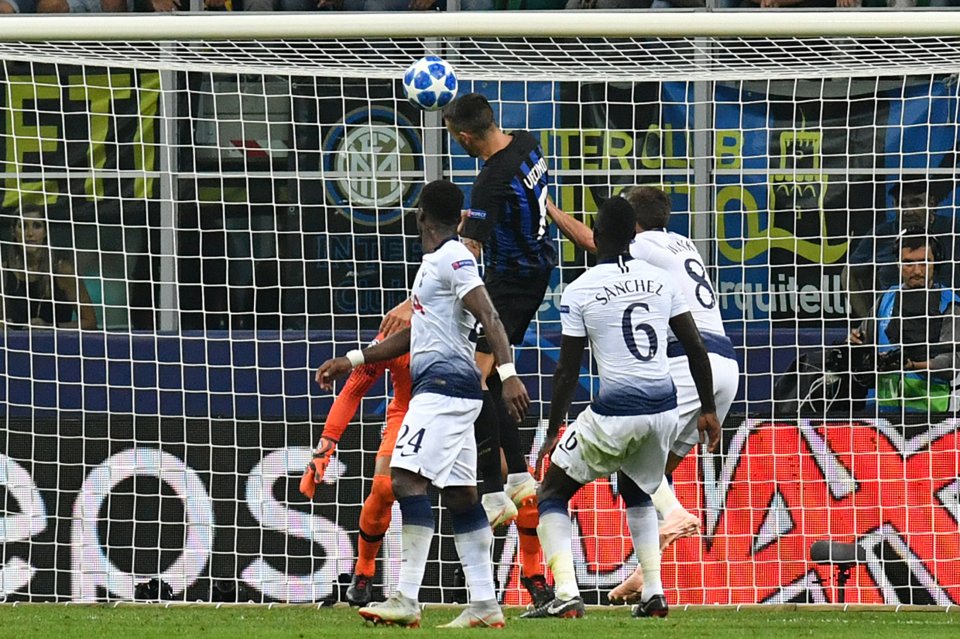 Inter’s main man Icardi had cut a frustrated figure throughout with very little service, but he had the last laugh, smashing in a stunning outside-of-the-foot volley to equalise on 85 minutes.

When Vecino headed in a second ball from a late corner to steal it Spurs were left thinking what might have been.