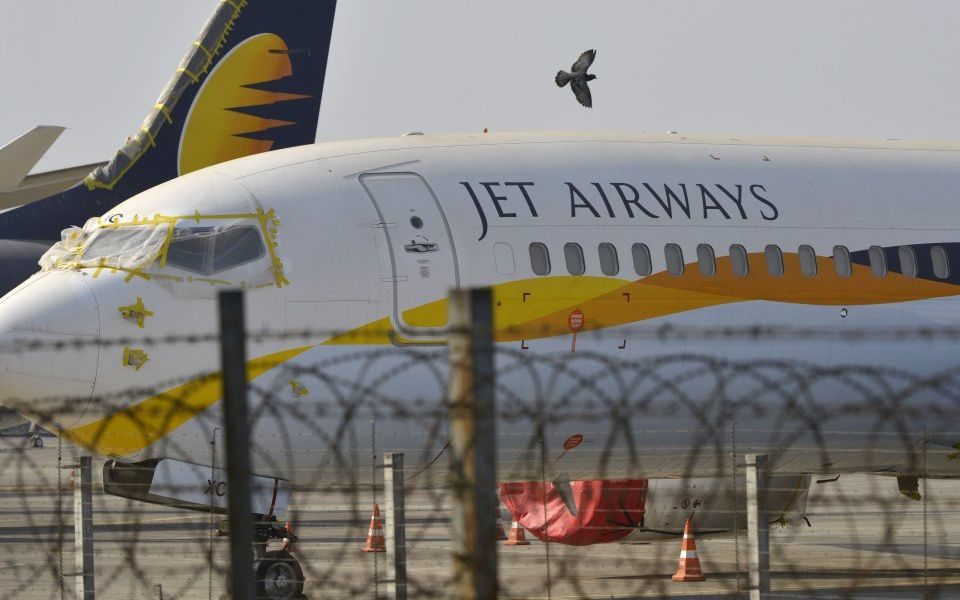 Read more: Jet Airways chairman Naresh Goyal to stand down from board

According to its website, its flights scheduled to depart today Delhi to London, Amsterdam, Singapore and Kathmandu are cancelled.

Its flights from Heathrow to Delhi and Mumbai today have also been cancelled, the airport’s website shows.

Yesterday the airline said it had grounded 10 of its planes after failing to pay outstanding amounts to lessors under its lease agreements.

Read more: Should we be worried about the future of the airline industry?

Under Indian regulations, an airline must have at least 20 planes in use to operate international routes.

According to Indian media reports, the airline currently has 14 operational planes.

The airline has been in negotiations with its lenders over its more than $1bn (£765m) debt pile recently.

In late March it agreed a debt-for-equity swap with its lenders and a reconstituted board.

Its chairman Naresh Goyal, who had been in post since 1992, also agreed to step down "to safeguard the interest of Jet Airways and the families of the 22,000 employees," he said.

A spokesperson said in a statement: "Jet Airways has cancelled its operations between London and India for 12th April, 2019.

"The airline is working to minimise guest inconvenience using its 24×7 contact centre, guest relations and the social media response teams, who are proactively handling schedule adjustments, in line with defined regulatory guidelines, including offering re-accommodation choices or extending applicable refunds as the situation warrants.

"In parallel, the airline’s management and its key stakeholders including its consortium of lenders, continue to work closely towards resolving the current situation."