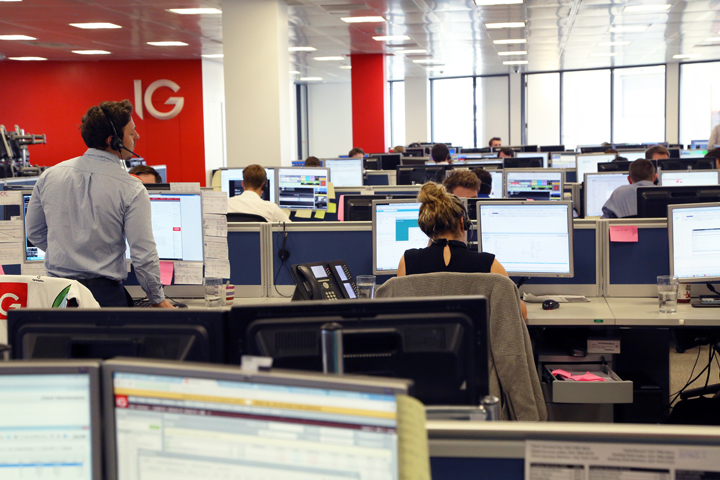 IG has been hit hard by a Europe-wide crackdown on risky contracts for difference trades.

However, the company remained bullish on its future prospects, doubling down on its goal to boost revenue in its core markets three-to-five per cent in the medium term, and to increase revenue in new markets from £100m to around £160m by 2022.

Net trading revenue fell slightly to £249.9m from £251m in the same period the previous year.

IG said it expected to return to revenue growth in financial year 2020, it said it expected expenses to be around £30m higher than in the previous year and it said it would hold its dividend at 43.2p “until the group’s earnings allow the company to resume progressive dividends”.

Chief executive June Felix said: “We are now six months into the delivery of our multi-year strategy and are on track to deliver on the medium-term growth targets we have set ourselves.

“Early indications are very encouraging with continued growth in the client base in our core markets, and convincing progress in the areas identified as significant opportunities.”

Separately, IG announced its finance chief Paul Mainwaring is retiring at an as yet confirmed data. The company said it had begun the search for his successor.

Shares were flat today at 686p