How to get from Waterloo to Bank when the Waterloo & City line is down: Tube, bus and walking routes, ranked from fastest to slowest 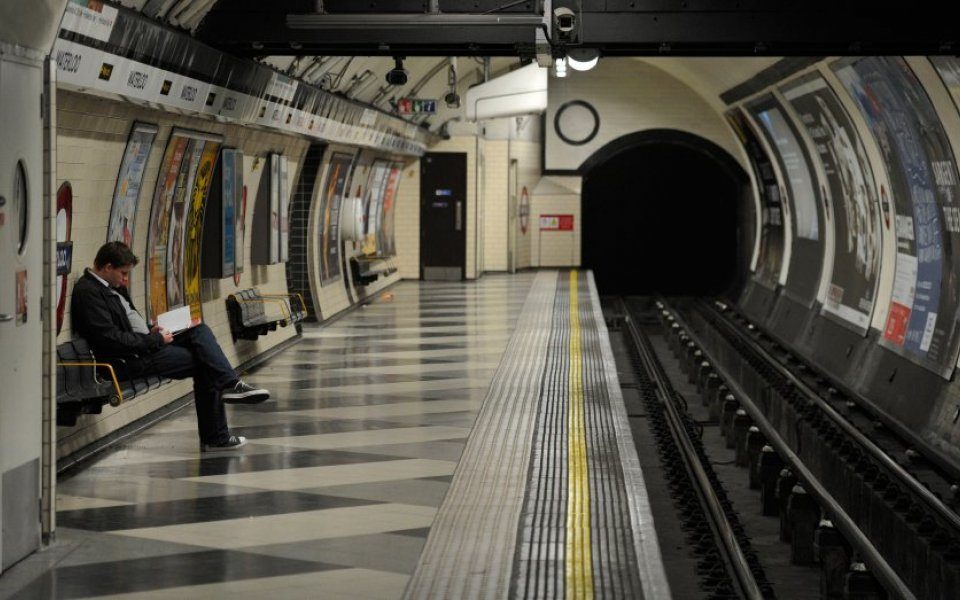 The drain may only be a six minute journey – just under a mile and a half of track – but it carries roughly 15m passengers a year. And when it goes down, City commuters are the ones who suffer the most.

But what's the best alternative route? With the help of CityMapper, we've ranked them all from fastest to slowest. No need to thank us….

Pros: You don't have to leave Waterloo Station.

Cons: It takes twice the amount of time as the W&C, plus the Northern Line during rush hour is the seventh circle of hell.

Pros: Technically, you're only taking one line. Plus, it's quite a quick change between the two branches of the Northern Line.

Pros: There are always seats on the Bakerloo Line.

Presumably, if you were planning on taking the Waterloo and City Line, you are without wheels. Take a Boris Bike from one of the six racks outside the station, then head down Exton Street and Roupell Street, before gliding past the back of the Tate on Sumner Street, crossing the river on Southwark Bridge, then making a triumphant dash down Queen Victoria Street. Ditch your bike at the docking station one block from Bank junction.

Pros: Actual exercise; the glorious feeling of wind in your hair.

Cons: Bank junction is one of London's most dangerous for cyclists. Just FYI.

5. Bakerloo or Northern Line to Embankment, then District/Circle Line to Monument

Pros: Those new District Line trains are quite delightful – and can be surprisingly empty at rush hour

Pros: Sample the sweet aroma of your fellow passengers as you squeeze yourself onto two of the Underground system's most crowded lines

Pros: The air! The sky! The birds! Views of Somerset House, the Old Bailey and St Paul's Cathedral! Potential for a seat! And it's almost a quid cheaper than the Tube…

Cons: Not a good option if you're in any kind of hurry; the inevitability of the bus suddenly lurching to a halt and kicking off all its passengers in an effort to "regulate the service"; a seat is by no means guaranteed.

Take the 243 from Bus Stop J, just outside the Tube entrance to Waterloo. Change at Aldwych, then take either the 11, the 23, the 26 or the 76 to Bank Station/Queen Victoria Street.

Cons: Transport for London may have introduced all manner of jazzy apps designed to show you when the next bus will show up – but that doesn't mean your won't find yourself standing in the rain for 15 minutes while a succession of buses you don't need make their way past…

Wander to the Southbank, stroll past the National Theatre, the Oxo Tower, the Tate Modern and Shakespeare's Globe, cross Southwark Bridge, then turn right on Queen Victoria Street. Head to Bank.

Pros: Fresh air, the opportunity to watch teenage skateboarders make a fool of themselves and being surrounded by constant reminders of what makes this city the greatest in the world. What more could you want on your commute?

Cons: Time, plus the high probability of that Thames breeze destroying your hair/outfit/face.