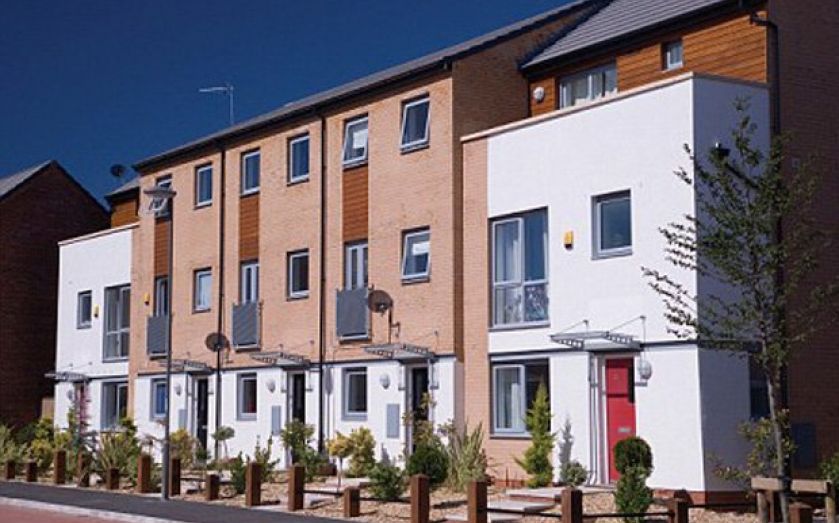 IN EXCELLENT news for anyone concerned about London’s housing crisis, local government secretary Eric Pickles has announced that he is looking at how post-war estates can be more comprehensively redeveloped into “traditional streetscapes.” He got it right when he said that traditional streets “can provide more housing and commercial space using the same amount of land.”

Well done! Create Streets exists to achieve exactly this. London’s housing crisis risks undermining the very success that is powering the city forward. Despite the Herculean labours of deputy mayor Richard Blakeway, development is trapped in a vicious circle of public mistrust, limited supply, ultra high land values, the need for 20 per cent returns and a fast payback, and an inappropriate regulatory regime that makes it too hard to build spatially and economically efficient terraced houses and medium-rise flats.

The consequence is that London estate regeneration risks creating a second generation of large multi-storey blocks. Our research into 18 schemes shows the density of housing increasing by 171 per cent, with the average increase in building height at 227 per cent. Yet despite improvements, we are repeating too many of the errors of 40 years ago.

Put simply, this uber-high density model is not working. The London Plan estimates an annual need of 49,000 new homes. But in the year to September 2013, only 17,950 homes were started; in the previous 12 months only 15,380. London is building about 40 per cent of the homes needed just to stay in line with population increases, let alone reduce sky high rents and purchase prices.

We’ve got to change the terms of debate and unleash public support, even enthusiasm, for regeneration and building on a wider but more popular scale. The good news is that there is an answer. Dense terraced streets of houses and medium rise flats are far more popular. Only 3 per cent want to live in flats with over 10 units in the building, and between 80 and 89 per cent would rather live in streets of houses. Streets are also better for residents, with controlled evidence correlating them with better health, happier families, and lower crime.

Terraced streets are practical. They can be very high density – in fact, they are higher density than most post-war estates. They also have excellent long-term returns due to higher long-term value appreciation. However, the short-term returns for immediate re-sale can be less good than maximum density high-rise, due to lower square footage.

Where it is economically rational and where there is local support, developing post-war estates as popular high density streets is an opportunity to help solve the housing crisis. It would provide hundreds of thousands of additional homes. Pickles’s announcement is a welcome step on this journey, as was the Budget’s pledge of a £150m fund to kickstart estate regeneration.

The next step is to take a long sharp knife to the rules wrapped around housebuilding in the capital. The plethora of regulations governing access, stair-cases, lifts, entrances, and open space, which all make it too hard to build streets, need to go. We have identified at least 11 barriers to building terraced streets in London, embedded in the London Housing Design Guide and the London Plan. Stripping these rules away, and giving local residents more power, is the right answer for residents, for the city and for taxpayers.