Why online masterclasses will be the hot food trend of 2021 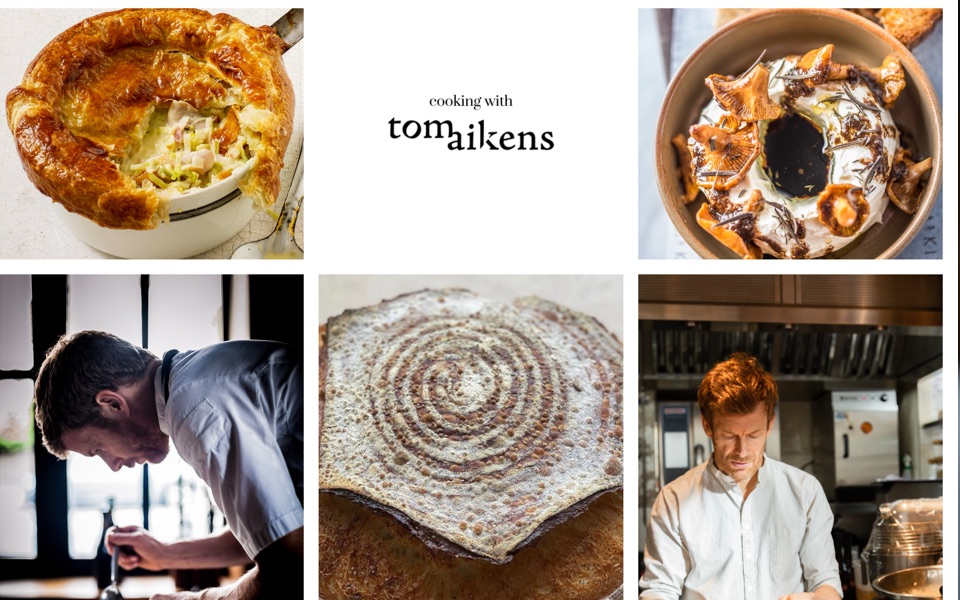 While virtually every other industry has been busy digitising for the last decade or more, the restaurant world remained resolutely analogue. Modern kitchens are still built around the Brigade de cuisine hierarchy developed by Georges Auguste Escoffier in the 19th century, and the idea of giving up the level of control afforded by the walled garden of a restaurant was unthinkable.

Then came Covid, and suddenly restaurateurs were forced to adapt to a terrifying new normal in which patrons were no longer allowed through the doors. Within weeks the basic infrastructure to deliver restaurant food to people’s doors was in place, and throughout the last nine months the industry has gone through more structural change than at any time in its history.

One formerly niche area that’s exploded in recent months is the online masterclass, with chefs now using platforms including Instagram Live to connect with their clients and offer a cooking experience without the need for a restaurant.

Chefs from Gordon Ramsay to Adam Handling have incorporated masterclasses into their business, offering either pre-recorded or live streams to small groups of foodies keen to learn from the best.

Tom Aikens, who launched Muse in Mayfair a few short months before the onset of Covid, is one of the big-name chefs making online learning part of his business. He has been running 45-minute to one hour classes for around five months, giving groups of around 30 guests advice on how to cook everything from beetroot wellington to Pierre Koffmann’s pig’s trotters.

“It’s really popular, especially at this time of year after all the Christmas indulgence,” he says. “We try to stick to things that are in season or things that are seasonally relevant, so when in the run-up to Christmas we did trouble-shooting for Christmas dinner. Now we’re doing something for Vegan January.

“Last night we did cabbage cannelloni stuffed with ricotta and cooked in a tomato sauce – the whole point is for people to do something they haven’t done before and to improve their skills and creativity.

“The pig’s trotters were quite a difficult dish but at the other end of the spectrum we had one on how to cook a roast chicken, because you have the easy approach or the more technical approach, which is how a chef might attack it. I want to give people a bit of an insight into how chef’s cook. There are always references as to why we’re doing something, how we season and prepare ingredients.”

Aikens says he plans to continue the masterclasses when restaurants are allowed to open again, pointing out that the restaurant was closed on Sunday and Monday anyway, giving him a regular window. He also plans to create video content when he travels abroad.

“People are cooking more and they can buy a lot of produce that wasn’t available before. All my suppliers suddenly became very popular, with people using all their spare time to try to make sourdough. People will continue to make that little bit of extra effort when cooking at home where before they might have stuck a ready meal in the microwave.”

It’s a sentiment echoed by another chef hosting his own masterclasses – Nico Simone of Six by Nico. His online classes also include delivery of ingredients, although they are currently not available in London.

He said: “Lockdown definitely changed how we eat and shop but we have always been a nation that enjoys cooking. Some people are brilliant home cooks already and others just need a helping hand so hopefully this is where our masterclasses will encourage them to learn some new kitchen skills.”

• Cookery masterclasses with Tom Aikens start from £60 for six classes – go to tomaikens.co.uk/cookery-classes-2 for more information