How lockdown turned Britain into a nation of fudge makers 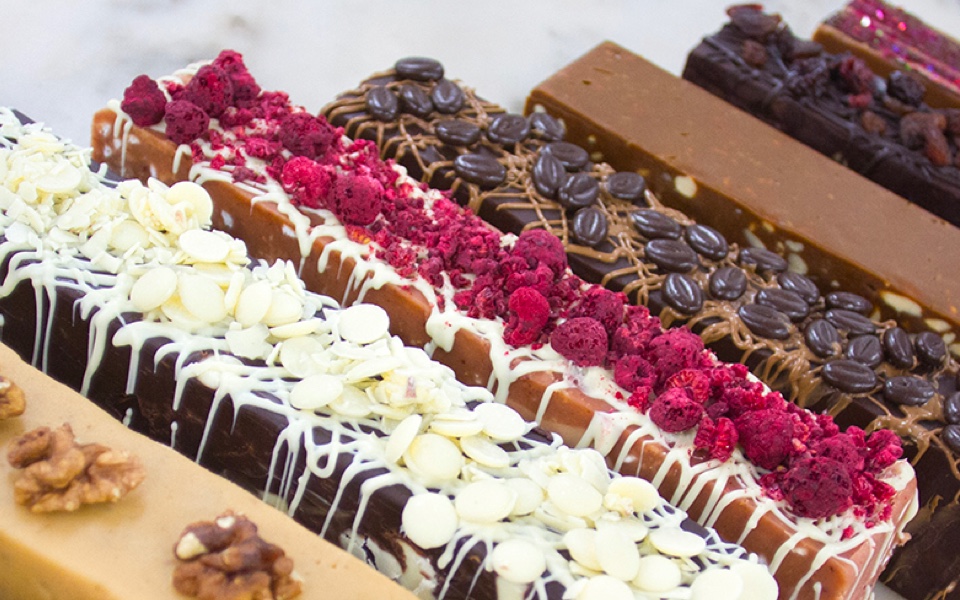 Fudge may be an American invention but fudge-making has become a national pastime in the UK, with amateur confectioners turning professional and kitchen table hobbyists starting successful businesses.

The most important day on every fudge-maker’s calendar is June 16 – National Fudge Day – when a little extra sweetness is spread across the country.

Also Read:
Gin isn’t just for drinking – use it to clean, polish and shine

Fudge Kitchen, which has shops in Bath, Canterbury, Cambridge, Edinburgh, Windsor, York and an HQ in Lyminge, Kent, has been making this sugary treat 1983.

“Following a challenging year for so many people, we teamed up with B1G1, the giving platform that puts fundraising at the heart of businesses,” says Fudge Kitchen’s Richard Parson. “We have raised money to support India’s fight against Covid-19, given 371 days of access to musical instruments to disadvantaged children throughout the UK, and planted 490 trees on Earth Day, to help battle deforestation and climate change.

“This year we’ve pledged to aid community support initiatives for older people living in isolation throughout the UK. Half a million older people in the UK go at least five or six days a week without seeing or speaking to anyone.”

Fudge originated in the US during the late 19th century.  Its popularity was largely due to the decreasing cost of refined white sugar. Dedicated shops opened in tourist spots including Michigan’s Mackinac Island, althoguh New York’s Vassar College claims to be the birthplace of fudge.

Folklore tells us that the word is thought to derive from a teacher in Virginia cocking up a toffee-making demonstration in the late 1800s. The UK’s first Fudge Kitchen – then known as Jim Garrahy’s Fudge Kitchen – opened in Blackpool in 1983.

In 1995, the company was bought by MD Sian Holt, who expanded the retail business into multiple shops. Each one produces the traditional recipe by hand in view of customers.

“Nearly 40 years ago we introduced an unknown concept to the UK: creamy, premium fudge, handmade in small batches, using traditional techniques, all-natural ingredients, and decorated individually by skilled artisan hands,” says Holt. “We haven’t stopped trailblazing or innovating since, and never compromise on any of our core values. Our insistence to retain in spirit and practice the heart of an artisan producer is important for who we are as a brand.”