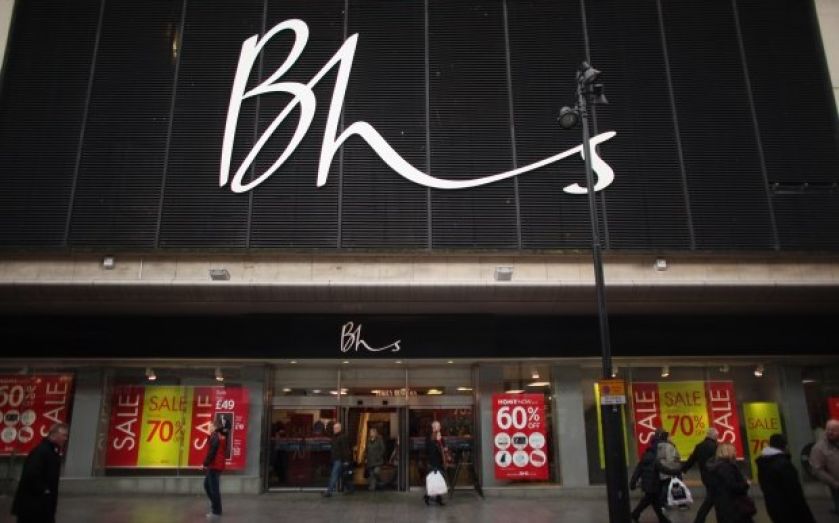 Sir Philip Green has come knocking at the major supermarkets’ door with plans to launch the first trial food outlet within a BHS department store this week.

The retail tycoon, who is eyeing around 150 openings, aims “to be competitive” within the convenience food sector and undercut the big four by around 10 per cent on branded goods.

However analysts at Cantor Fitzgerald have done some calculations and has played down the impact of a BHS food business on the bigger grocers, namely Tesco.

If we assumed each store made £40,000 a week in food sales from 3,000 square feet of space (£690 per sq ft per annum) then on an annualised basis across 150 BHS stores the total food sales could be £312m within three years, assuming the offer was rolled out across 75 stores per annum.

We can understand the attractions of a higher frequency high street food offer to BHS but we doubt the basket size will be big enough to make six per cent margins, as small stores need fresh produce to build basket and frequency. For both Tesco and Sainsbury's we believe their convenience stores only started to generate six per cent-plus margins at over 400 stores as distribution and buying and category costs more than offset the higher gross margin.

Dennis concludes that Sir Philip’s assault on food is more of a “tactical” move and one that will put the spotlight on the less developed convenience players like Asda and Morrisons.

His note, which looks more specifically at the effect on Tesco, highlights that the supermarket chain’s plans to revamp most of its hypermarkets and Express stores could further limit the impact of any BHS food openings, although he says BHS could better Tesco on pricing on some lines.

Tesco however has bigger issues to deal with at present besides BHS and with the retailer expected to report a  10 per cent fall in second half UK trading profit on 16 April, Cantor reiterates a firm “sell”.